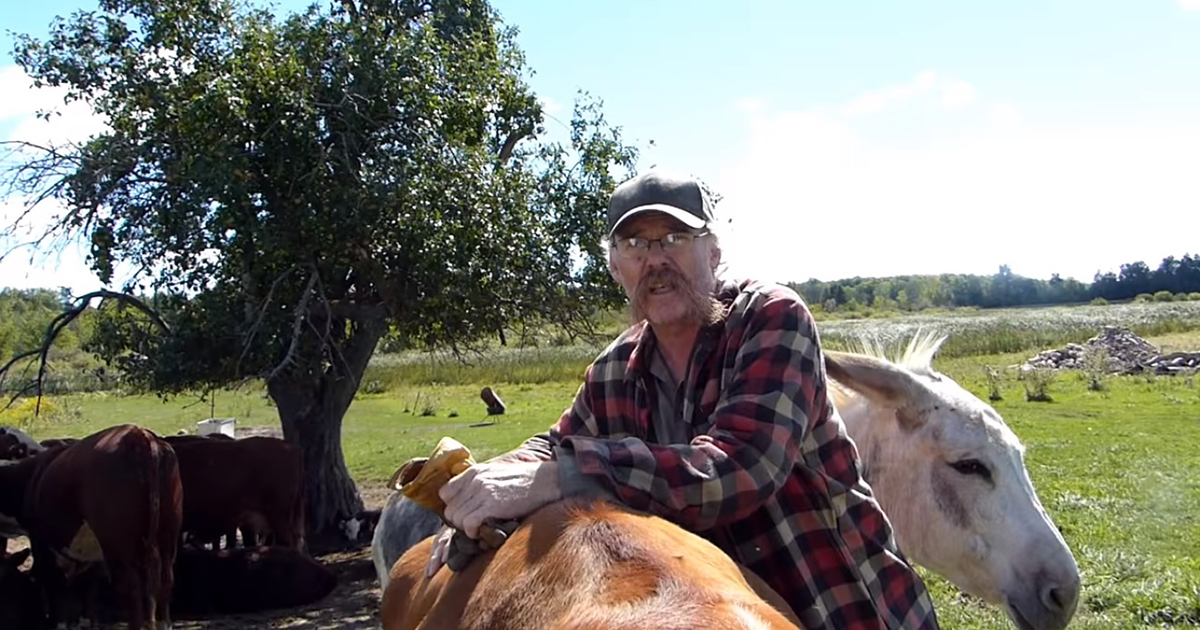 Cattle farmer Mike Lannigan grew up on his parents’ farm helping to raise cattle for slaughter.

Even though he would care for the animals, give them lots of love and care, eventually, he knew they would be killed for meat.

After going to College and working away from the farm for a number of years, Mike returned and bought the land from his dad, and started to run it himself.

For a while, it was much the same as before, until two months ago he made a decision that would alter his life, his family’s life, and, most of all, his cattle’s lives.

After remembering the words of a man who used to work for his father, Mike said he realised the ‘hypocrisy’ of what he was doing – caring for the animals but eventually having them killed.

He said: “He was so careful with his animals, and then I said, ‘Oh it’s too bad I’m gonna knock you in the head and cut you into pieces and eat you’.

“And then I thought how hypocritical of me to give something so much love and the end thing is so different from that love.”

It was at this point that Mike decided he would turn the farm into a sanctuary and only sell produce, rather than meat.

Mike has found the change to be an expensive one, and is still looking to raise money to be able to run the farm in a meat-free way. Watch his full story in the video below:

Share this moving tale with all your friends to spread Mike’s fine gesture.

At Newsner we believe in treating animals with the utmost respect, like our page if you do too.