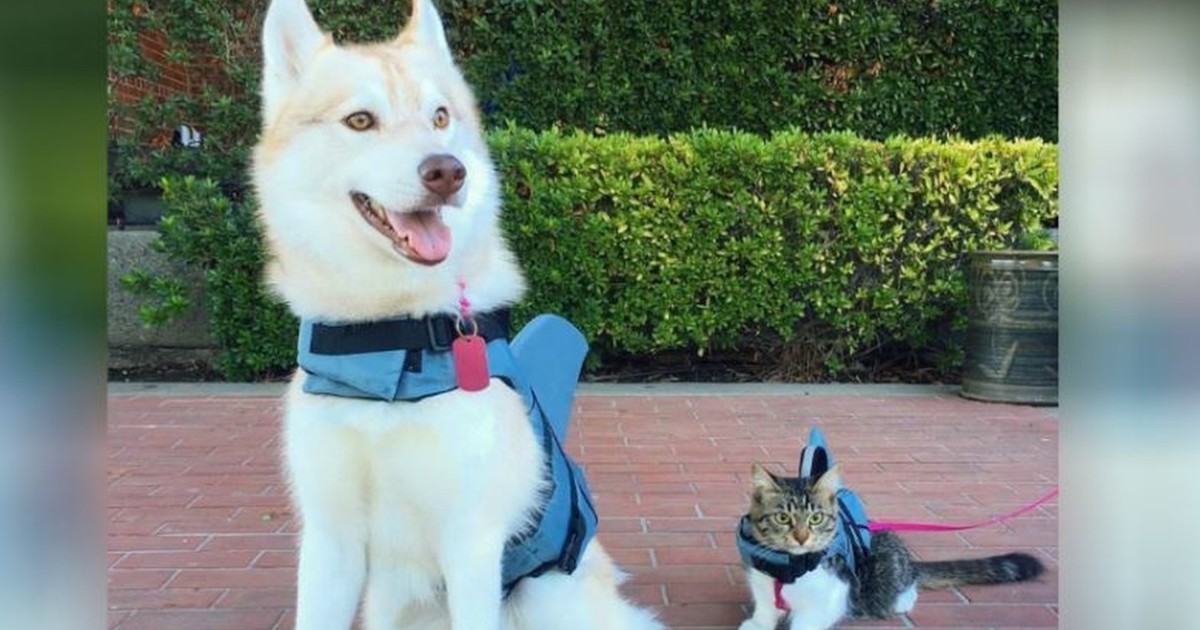 Lilo the husky never had puppies of her own, but that didn’t stop her from becoming a mom.

When Lilo’s owner, Thoa Bui, took in a 2-week-old kitten from the streets of San Jose, California, the husky watched as Bui tried to feed tiny baby. But whatever Bui tried, the kitten, whom she named Rosie, wouldn’t respond or even eat. Until Lilo stepped forward and became the mom that Rosie never had.

It only took a little while under Lilo’s care for Rosie to get her appetite back. “She started feeding after a couple hours of just cuddling,” Bui told The Dodo.

For the past year and a half, Lilo has been a wonderful mom to her adopted daughter. And Rosie has even taken on some husky-like habits. For example, she likes to pee outside, just like her mom—and she even goes on walks on a leash.

And some of Rosie’s best friends are also huskies, including Bui’s other dogs, Infinity and Miko.

Bui explains, “Rosie definitely has her catlike features because she has other cats living in the house that are her friends as well. But I think she knows deep down inside that she was raised by a husky. And she takes on so many of those features. She thinks she’s more a dog than anything.”

Who could blame Rosie for thinking she’s a dog? After all, she has a great mom who’s passed everything she can to her little one. And that’s what it’s all about, right?

And don’t forget to share this story with your friends on Facebook so they can meet this lovable duo too!