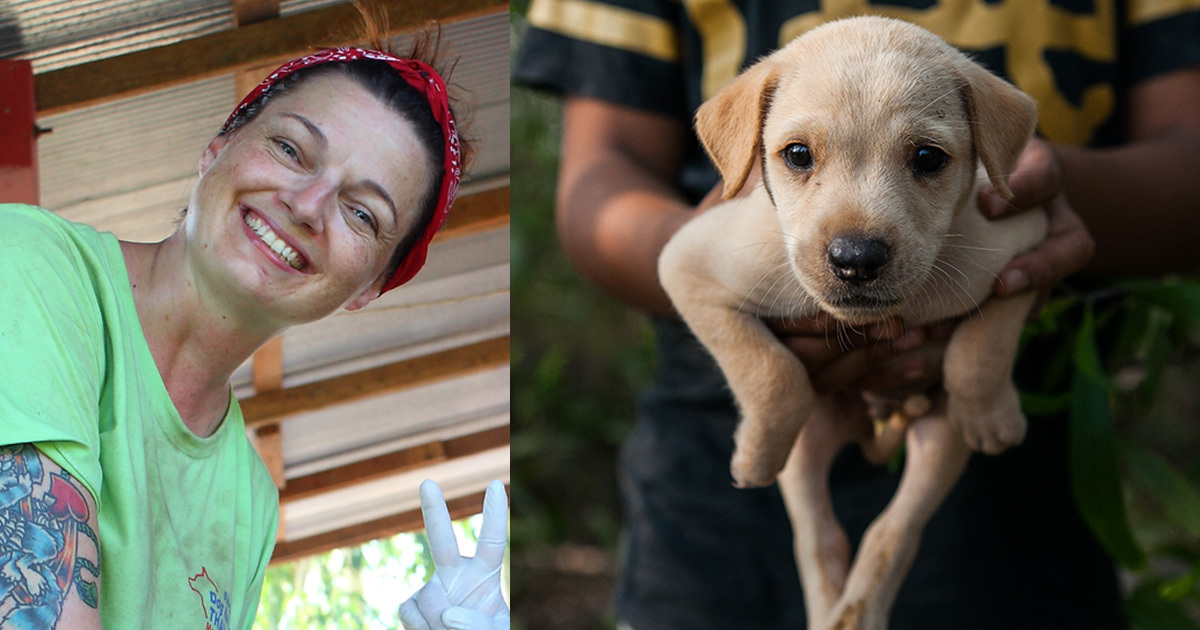 “There are around 8 million stray dogs in the country, and the situation for them is unsustainable,” Jenny tells Newsner.

Now, we at Newsner want to help arrange a sterilization campaign to reduce the number of pups born in the streets.

Since 2007, the organization has fed, sterilized, and cared for street dogs in Laem Mae Phim, Rayong Province in eastern Thailand.

In 2013, the three women founded a shelter to care for dogs that for various reasons struggle survive in the streets. Today, the shelter cares for about 100 dogs and feeds around 100 more still living in the streets. Feeding street dogs every day is the best way to win their trust, so that vets can treat the dogs’ medical conditions and later sterilize them.

Sterilization is the most effective way to reduce the number of homeless dogs. And a few times a year, Dog Rescue Thailand offers sterilization to not only wild dogs, but also pet dogs whose owners would like them sterilized.

But now, after years of providing care to the street dogs of Rayong, Thailand, the organization has run out of money.

“Economically, we’re on our knees all the time—very few people support us,” says Jenny. “But we do get many ‘God bless you’s.’ Unfortunately, though, good wishes don’t help the dogs. We simply need more people who want to get involved financially,”

The organization is run entirely by contributions from animal lovers. But there are too few of them to support Dog Rescue Thailand right now, and the organization’s founders are left to use their own money to finance the operation. All the money that Dog Rescue Thailand receive goes directly to dog food, veterinary care, rent for the shelter, and wages for two Thai staff members, who take care of the dogs when Jenny, Theresa, and Soila are at home in Sweden.

We at Newsner want to help Dog Rescue Thailand organize a sterilization campaign before the end of the year. So, we’ve started a collection with A Great Day.

Help Jenny and her colleagues by supporting their campaign. Together we can ensure that 30 dogs will be sterilized. Because a female dog can give birth to up to 20 puppies a year, every sterilization helps reduce the potential population of street dogs.

Here’s how to help:

– Buy hearts or watch commercials to get free hearts.

– Donate your hearts to Dog Rescue Thailand. Each heart represents approximately a dime.

– Share this article with your friends so more people can participate and support!

Join us in supporting Jenny and her colleagues in their efforts to help the street dogs of Thailand!