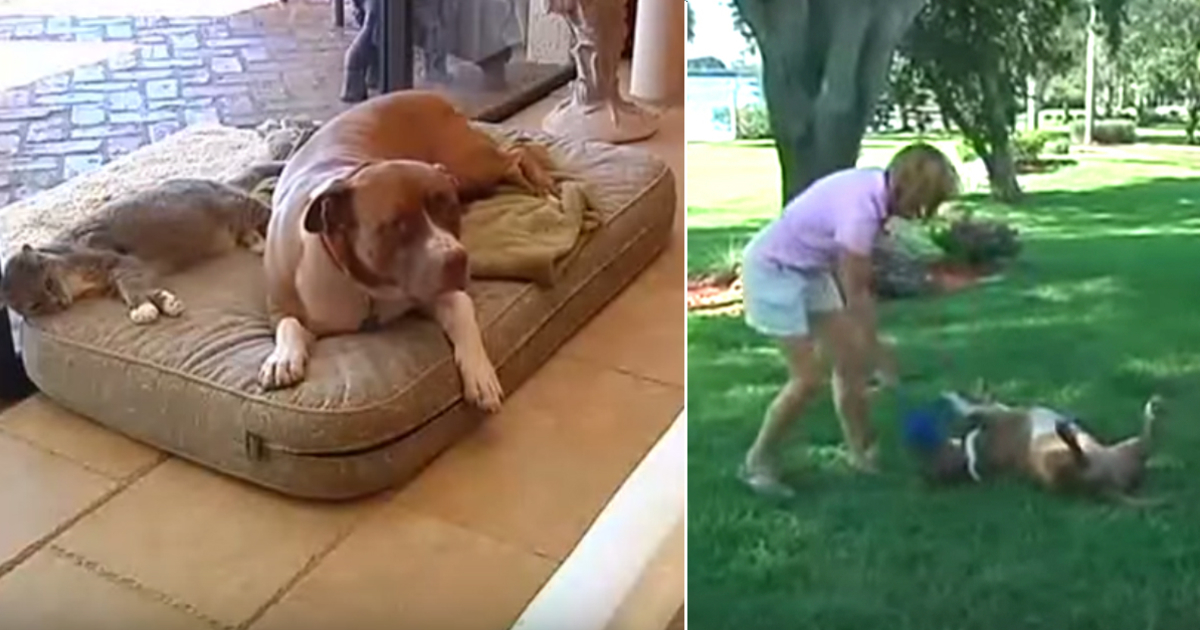 When a dog arrives at a new home, it usually takes some time for the animal to adapt—especially if the dog has left behind a beloved owner.

And when there are multiple pets in the home, the process can take even longer, because the new dog also needs time to get used to the family’s other four-legged members.

When Sheree Lewis’ son deployed to Afghanistan for military service, she took in her son’s pit bull, Jack. The dog joined Sheree’s cat, Kitty, in the home, and the two animals got on surprisingly well.

But Sheree had no idea how far Jack was willing to go for his new feline friend.

Then one day, two coyotes appeared and attacked Kitty. Sheree became paralyzed with fear when one of the coyotes grabbed Kitty by the neck and the other one grabbed her tail.

They violently shook the cat, and Sheree was sure that Kitty was going to die a tragic death.

The pit bull rushed to the scene and chased the coyotes until they dropped Kitty.

Sheree immediately took the injured cat to the vet, and thanks to Jack, Kitty lived. She was treated for multiple serious injuries, but probably wouldn’t have survived if not for her faithful friend.

But Jack wasn’t content with just saving Kitty’s life. When Kitty came home from the animal hospital, Jack kept a constant watch on his friend and made sure she was feeling better.

Jack and Kitty’s story is more proof that friendships between animals don’t have any limits.

Animals have a unique ability to help each other—regardless of shape, race, or species.

Please share this story if you also think that Jack deserves praise for his heroism!