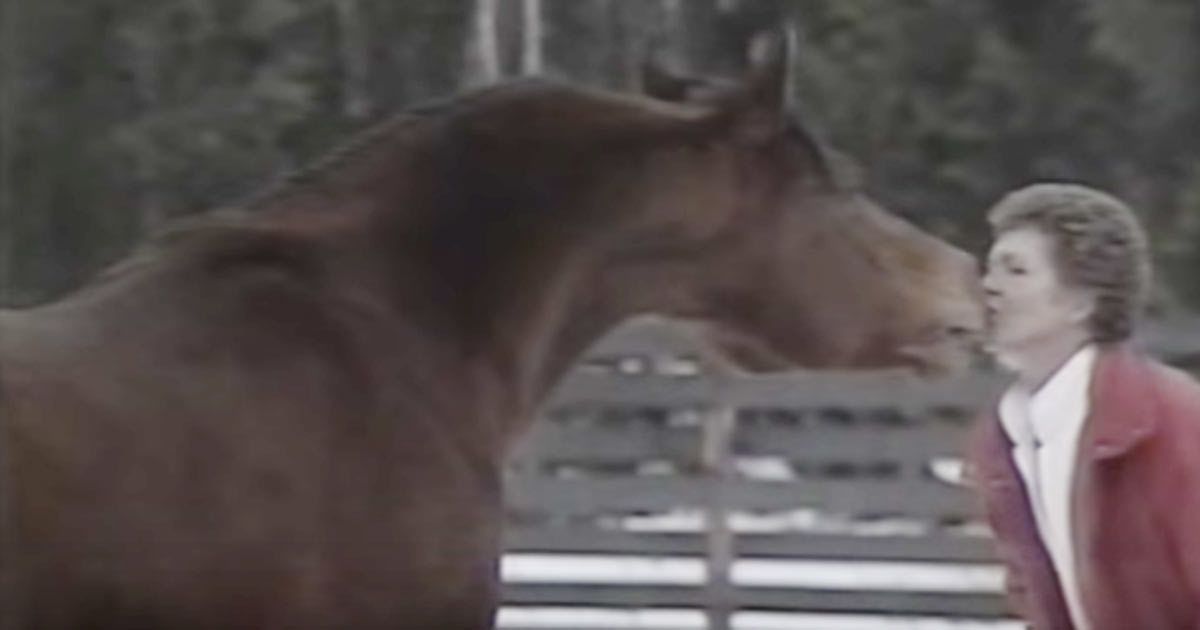 Phyllis’s life had taken an unpleasant turn. She had married a man who didn’t treat her well. Then she got divorced and started drinking too much.

She became homeless, and in the end, things got so bad that Phyllis ended up in prison. But her life would soon take another turn—thanks to a new friendship with a horse named Shag-Ra.

When Phyllis was in prison, she was given a furlough and received permission to visit a farm. There she met a three-year-old Arabian stallion named Charlie Brown. The horse had been abused by his former owners, and when Phyllis saw him, something happened.

“I walked in the barn and there was this skinny little horse with the biggest, saddest brown eyes I’ve ever seen in my life,” she said.

She fell in love with Charlie Brown and decided to buy him when she got out of prison.

And so, she did. As soon as Phyllis was released, she took the 300 dollars that she earned in jail and bought her dream horse, renaming him Shag-Ra.

Phyllis then dedicated her life to nursing Shag-Ra back to life. The two formed a special bond with each other, and Phyllis spent every day with him.

Phyllis didn’t even notice it herself, but she suddenly stopped drinking alcohol. All the effort she put into caring for Shag-Ra had made her so happy that she no longer had any need to drink. And Shag-Ra, too, became stronger and healthier.

They had saved each other.

Together they formed a special bond. Shag-Ra wasn’t like other horses. He was almost like a person sometimes. Although he couldn’t be indoors, he loved looking through the kitchen window at Phyllis. And he even answered the phone when it rang.

It’s been many years since Phyllis met Shag-Ra and their lives changed. But their story still makes my heart sing.

A relationship with an animal can mean so much. In this case, Shag-Ra changed Phyllis’ entire life. Please share their story with your friends if it also moved you!