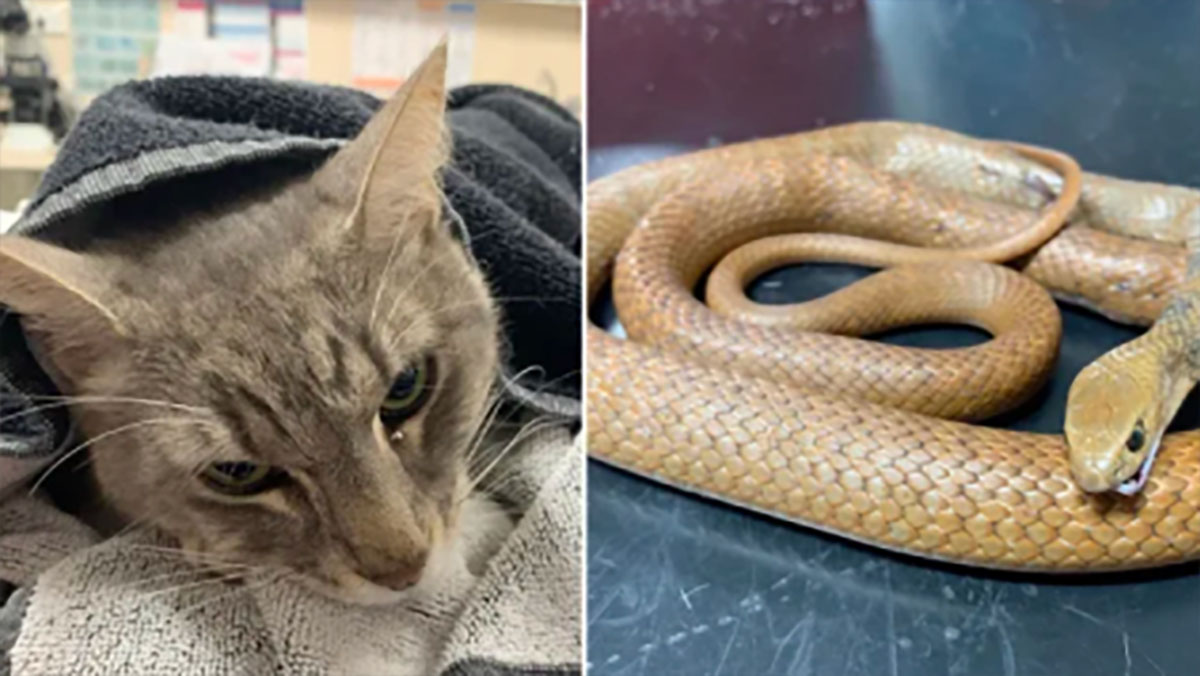 A family is mourning the loss of their heroic moggy after it was bitten by a highly venomous snake while trying to protect the youngest members of his family.

Two children were playing in their backyard with Arthur the cat when a brown snake slithered toward them.

Arthur leapt into action and killed the eastern brown snake as it got dangerously close to the kids in Queensland, Australia. But the snake bit him in the struggle, injecting a powerful venom.

Initially Arthur collapsed but then seemed to recover only to fall sick the following day.

His distraught family rushed him to the vet but it was too late to save him.

Animal Emergency Service which treated Arthur paid tribute to the heroic cat on its Facebook page saying the cat’s symptoms were too severe to recover.

“It was with the heaviest of hearts his owners had to leave Arthur after he gained his angel wings,” the service posted on its Facebook page.

“His family, understandably devastated, remember him fondly and are forever grateful he saved the children’s lives. Arthur was always getting into mischief; he had previously visited us before having been in accidents and was very much loved by our team.”

Staff said his family didn’t realize the snake had bitten him adding collapse events like Arthur’s was “a common symptom of snake bites, although not a well-known symptom amongst pet owners.”

Eastern brown snakes are considered the world’s second-most venomous land snake and are responsible for about 60 percent of snake-bite deaths in Australia.

What a hero Arthur is; I hope what he did for his family is never forgotten and his memory lives on in their hearts. Rest in peace.