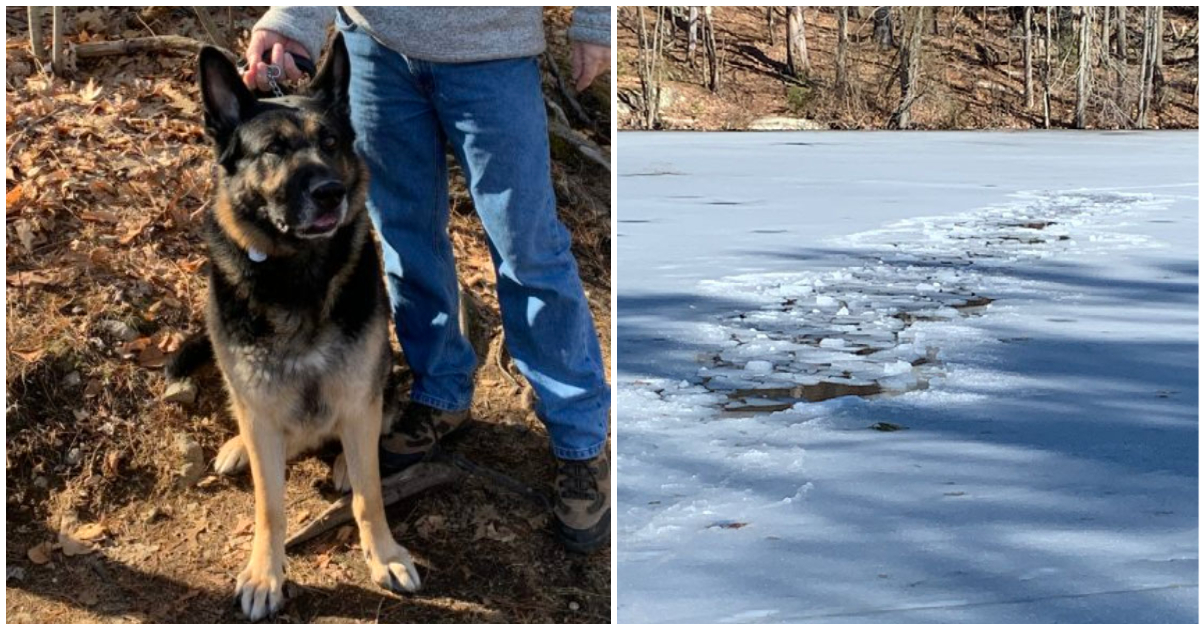 It’s amazing how dogs have the ability to sense when someone is in danger. Turns out the old Lassie show was right: when a dog finds a person in a serious situation, they’ll run to get them help.

That was the case recently for one dog, who is being hailed as a life-saving hero for alerting his owner of a man who fell through ice.

Yesterday, Thomas Walsh, from Stoneham, Massachusetts, was out walking near Quarter Mile Pond with his German Shepherd, Diesel.

But suddenly, the dog began to draw his attention to the pond — he looked and saw a man struggling in the freezing water after falling through the ice.

Walsh had been walking with earbuds in, so he didn’t hear or notice the man at all. And he wouldn’t have, if not for Diesel.

“He’s the hero today, because without him, seeing or hearing him I would have just kept walking,” Walsh told Boston 25 News. “The dog alerted me that there was something going on in that water.”

Now alerted to the danger, Walsh was able to go down and save the man. He and another nearby stranger used a large branch to pull him to shore.

Members of the Stoneham Fire Department arrived on the scene, and said they did the right thing. “These actions helped to save a man’s life this afternoon and are nothing short of heroic,” Chief Matthew Grafton said in a press release.

“It was rewarding,” Walsh said. “It’s just good to know that you can help someone in need.”

Still, none of it would’ve happened without Diesel, and Walsh gives all the credit to his smart dog.