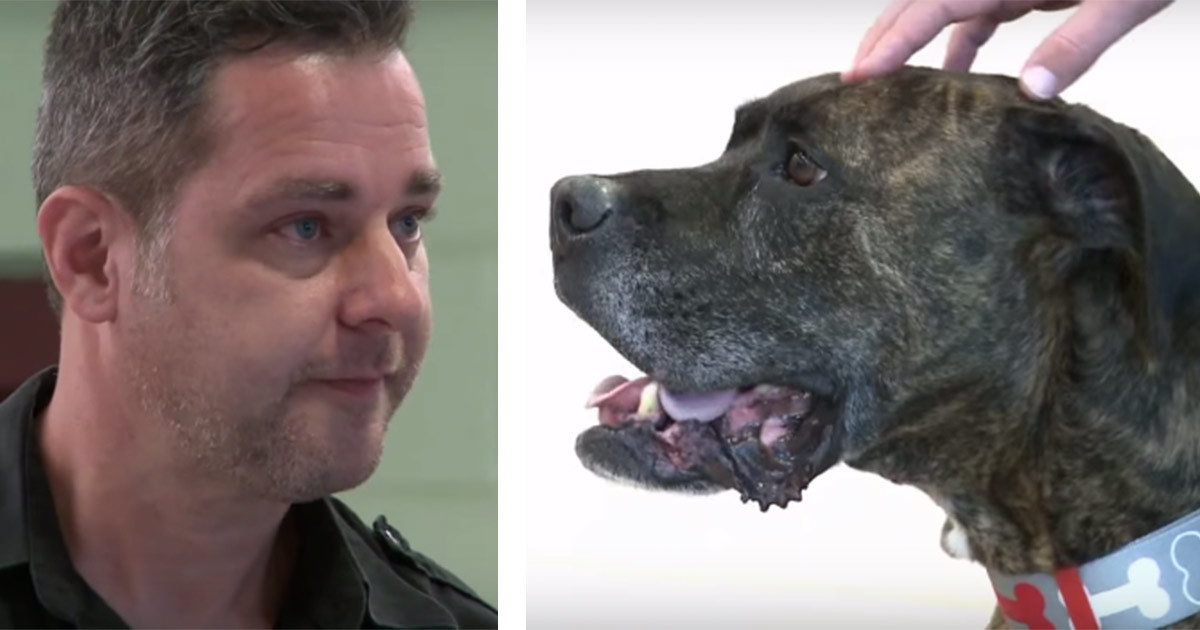 It was nearly a decade ago when little Boozer, just a puppy at the time, disappeared from his family. His owners had given up hope of ever seeing him again. But a picture they suddenly received would change everything.

A Colorado family’s move to a different city forced them to sadly get rid of their dog. But their sadness would end up being another family’s fortune.

The dog, Boozer, was left at the Colorado Foothills Animal Shelter, where the staff discovered he had a microchip pointing to his previous owners.

Those owners, Lloyd Goldston and his family, had lost their dog nearly a decade earlier in Tennessee, when their little boxer was just 8 months old.

Boozer eventually ended up at a shelter, from which the new family adopted and cared for him over the years.

Now, back at a shelter once again, his original owners anxiously drove an incredible 32 hours from their Alabama home to the Colorado shelter in order to retrieve him.

Lloyd had given up hope of ever seeing his beloved dog again when the Colorado center tracked him down and sent him a picture of Boozer.

“When I found out (…) I cried. Especially when they sent the first picture of him,” Lloyd told Time.

Lloyd and his two children embarked on the longest drive of their lives to Colorado, anxious to be reunited with their beloved dog. And despite that nine long years had passed, an older Boozer immediately recognized his previous owner. With tears in his eyes, Lloyd embraced his beloved dog again.

Make sure you watch the emotional reunion below. The moment Boozer and Lloyd lay eyes (and nose!) on one another will melt your heart. You won’t believe Boozer’s reaction when he recognizes Lloyd.