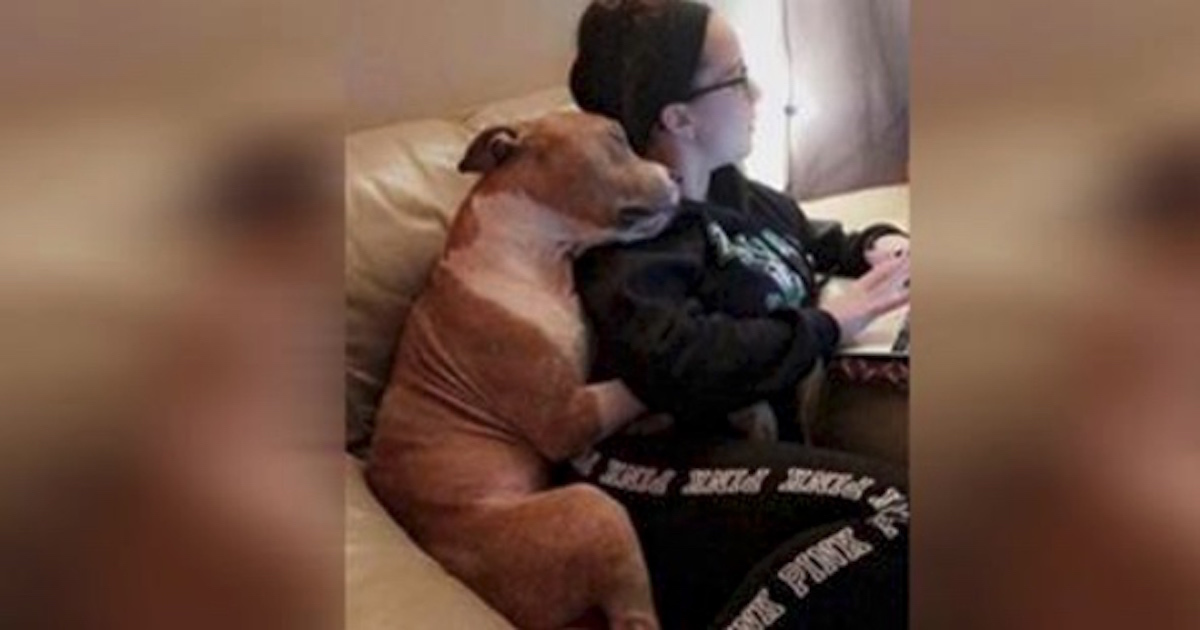 Kayla Filoon is a 20-year-old student who lives in Philadelphia, Pennsylvania.

For the past year, she’s volunteered as a dog walker at an animal shelter called ACCT Philly. But when Kayla met a pit bull named Russ, she knew that there was something special about him.

When Kayla first laid eyes on Russ, the pit bull was in rough shape.

He had an eye infection, a bloody tail, and was 40 pounds underweight.

Kayla decided to take him for a walk, and Russ kept close to her the whole time. Even sweeter, Russ leaned his head against her every time they stopped.

Kayla went back the next day, and took Russ for a longer walk. Russ stayed by her knee and Kayla knew that she and Russ had a special bond. And that’s when she decided that she had to adopt him.

They’ve only known each other for two weeks, but the two are already inseparable. When Kayla sits on the sofa and works, Russ curls up and sits close.

How nice that these two have found each other! Share if you also think that dogs are man’s best friend.