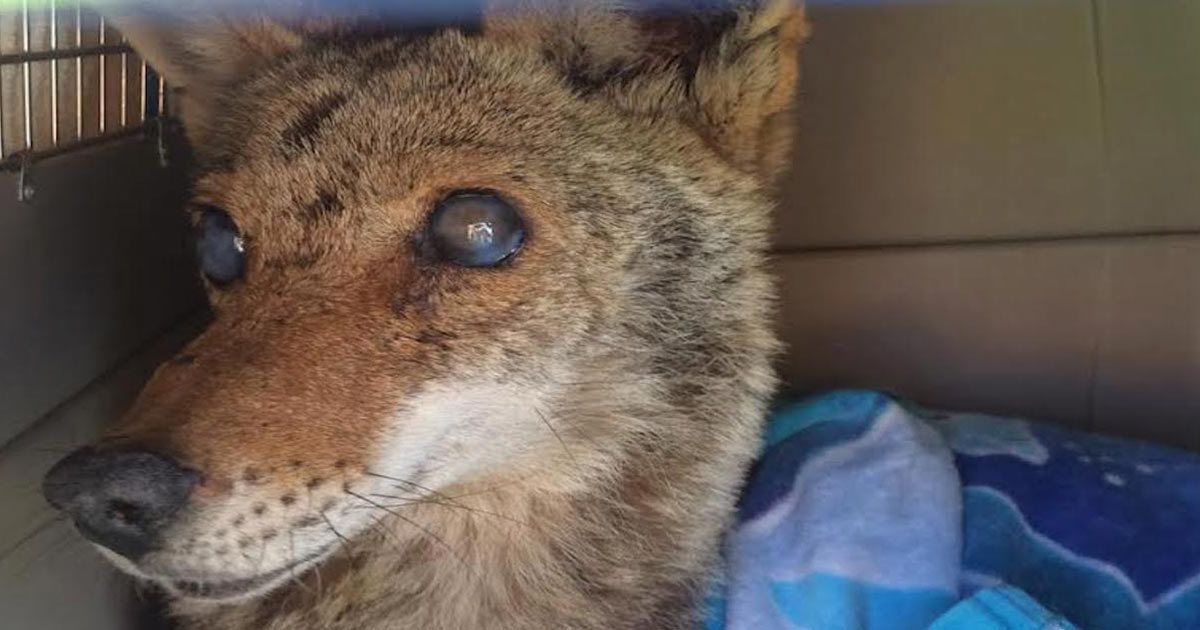 Recently, Animal Rescue Team received a call about an animal that shouldn’t have even been alive. The blind female coyote they met had suffered a gunshot to the head, accidental poisoning, a 30-foot fall into a dried-out riverbed, and dehydration. The fact that she was alive at all was amazing in and of itself. But what happened after A.R.T brought her home was even more amazing…

When Animal Rescue Team workers brought her in, the coyote was in rough shape. The gunshot wound made her instantly go blind, which led to her ingesting rat poison, falling into a riverbed, and becoming dehydrated.

Rescuers immediately performed CPR on the coyote to keep her alive and miraculously, she survived the trip to their facility. However, this wouldn’t be the only miracle the A.R.T staff would witness.

Not long after A.R.T brought the coyote to safety, workers opened her pen one morning and were astonished to find that she had given birth to four healthy baby coyotes!

The pups will stay with their mother until they’re strong enough to survive in the wild on their own.

“Although she remains blind, she is the best mother we have ever witnessed,” the group posted on Facebook.

The mother coyote, on the other hand, will stay with the rescue team until she recovers. Then, she’ll be moved to a wildlife sanctuary, where she’ll be able to live out the rest of her life in peace.

This coyote has been through such an incredible chain of events in the last month. And what’s even what makes it even more incredible is how she’s been able to care for her new pups during her recovery.

For updates of this courageous coyote and to learn more about work that Animal Rescue Team is doing with wild animals, visit their Facebook page.