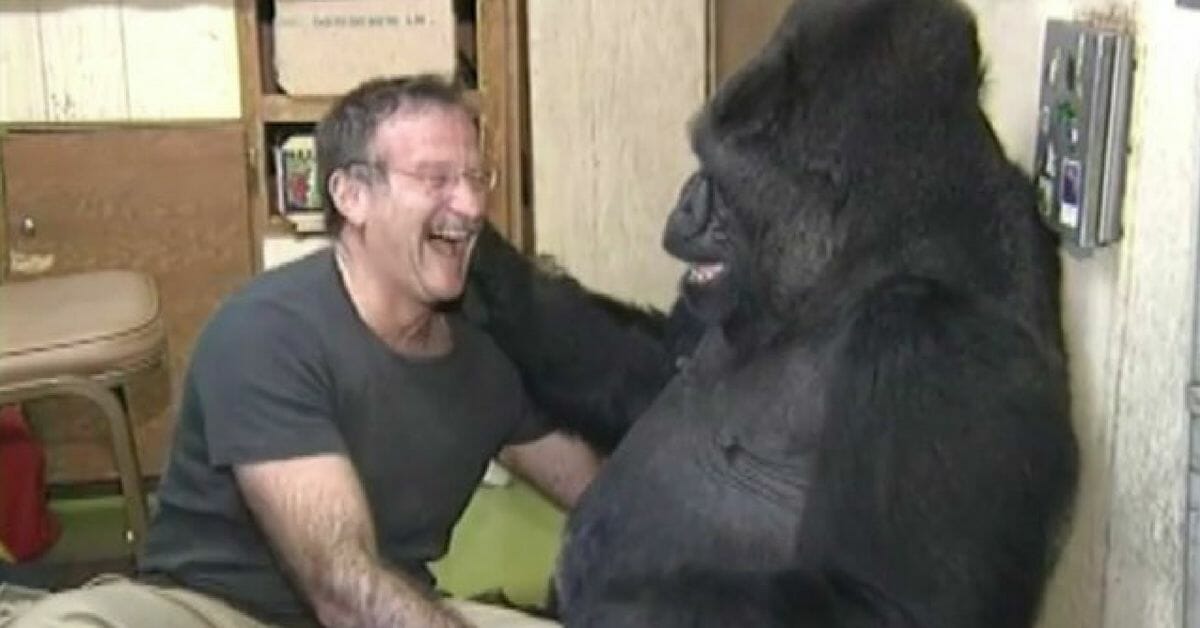 Koko the gorilla, famous for her ability to communicate via sign language, has passed away aged 46.

The San Francisco-born ape captured hearts all over the world with her vibrant personality and incredible use of sign, taught to her by Dr. Francine ‘Penny’ Patterson.

Koko, the gorilla known for sign language, has passed away at the age of 46. Here she is on the cover of the 1985 National Geographic. #RIPKoko ? pic.twitter.com/U95wNsGdWy

Dr. Patterson first began to teach Koko sign language in 1972, as part of her PhD. Despite their simple beginnings, the pair quickly struck up a friendship, one that would last for almost five decades.

Koko herself was featured twice on the front cover of National Geographic, including famously when she was pictured mourning the loss of her pet kitten.

#BREAKING: Koko, the gorilla whose ability to learn and communicate using sign language captivated the world, has died at 46.

Dr. Patterson became a mother-like figure for Koko, stating in a documentary that she didn’t believe she was made to have normal children.

Of course, who can forget the friendship Koko struck up with the late comic Robin Williams? The now-deceased actor visited Koke at her home in 2004, with the pair instantly forming a visible bond.

“What happened when Robin visited is that Koko was actually in mourning for her lifetime companion Michael and it was Robin who brought her out of it,” Dr. Patterson told Entertainment Tonight. “The first time she smiled since Michael passed was when Robin and her met.”

The Gorilla Foundation released a statement that reads as follows:

“The Gorilla Foundation is sad to announce the passing of our beloved Koko Woodside, CA Koko — the gorilla known for her extraordinary mastery of sign language, and as the primary ambassador for her endangered species — passed away yesterday morning in her sleep at the age of 46.

Koko touched the lives of millions as an ambassador for all gorillas and an icon for interspecies communication and empathy. She was beloved and will be deeply missed. Koko, a western lowland gorilla, was born Hanabi-ko (Japanese for “Fireworks Child”) on July 4, 1971 at the San Francisco Zoo. Dr. Francine “Penny” Patterson began working with Koko the next year, famously teaching her sign language.

Koko’s capacity for language and empathy has opened the minds and hearts of millions. She has been featured in multiple documentaries and appeared on the cover of National Geographic twice. The first cover, in October of 1978, featured a photograph Koko had taken of herself in a mirror. The second issue, in January of 1985, included the story of Koko and her kitten, All Ball. Following the article, the book Koko’s Kitten was published and continues to be used in elementary schools worldwide.

Her impact has been profound and what she has taught us about the emotional capacity of gorillas and their cognitive abilities will continue to shape the world. The foundation will continue to honor Koko’s legacy and advance our mission with ongoing projects including conservation efforts in Africa, the great ape sanctuary on Maui, and a sign language application featuring Koko for the benefit of both gorillas and children.

For press inquiries or to make a tax-deductible donation to the Koko Fund, please contact Joy Chesbrough, The Gorilla Foundation’s Chief Development Officer, at: 1-800-ME-GO-APE ext 14.

Rest in peace Koko the gorilla, thank you for all you did!

SHARE this story if you’re going to miss this most magnificent of animals.