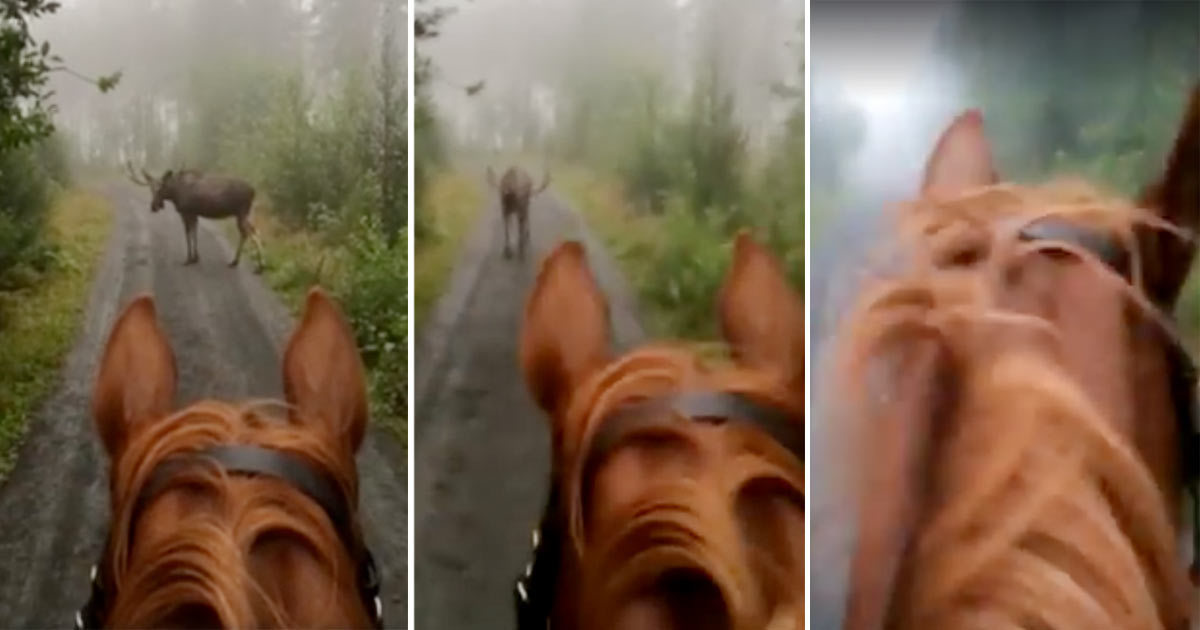 Lena Myrseth and her horse, Pheobe, were out for a ride in a forest in Norway when they stopped in their tracks. It front of them was a bull moose. Lena thought that large creature would run off when he saw them, but it soon became apparent that he had other plans…

Norwegian Lena Myrseth had an up-close encounter with a large bull moose when she was out riding her horse, Pheobe.

“I came trotting around a turn on the way home from a ride in the woods, when suddenly, there was a big bull moose in the middle of the road. We often see moose in the area, but usually only in winter. And they tend to be quite shy and disappear quickly,” Lena told the Swedish newspaper Hippson.

But this moose didn’t run off. Instead, he seemed intent on chasing away Pheobe and Lena. After staring the pair down for a few seconds, the moose folded back his ears and ran toward them. Pheobe was scared.

“My horse, Pheobe, isn’t usually afraid of moose, but she probably thought that this one was a bit too agressive and close.”

After 50-60 feet (15-20 m), the moose stopped following them, and Lena decided to take a different route home.

Lena managed to film the incident, and she later posted it on Facebook. The video has now been seen by more than 1.5 million people.

I’m so glad it ended well! Good job, Lena, for having the presence of mind to film the event!