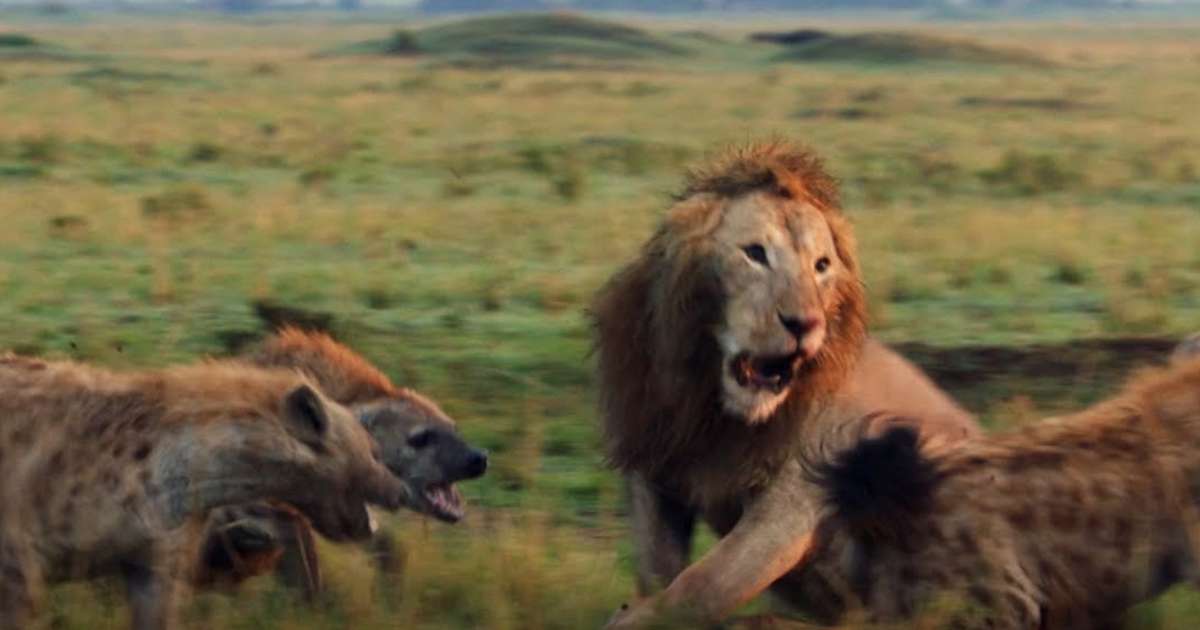 From the very first time I watched The Lion King as a child, I became acutely aware of how bas-ass lions can be.

I’m sure I’m not the only one. After all, what’s not regal, proud and ferociously terrifying about arguably the world’s deadliest cat?

But even lions need a bit of help from time to time … even if it is from other lions.

Don’t believe us? Well, fortunately BBC Earth captured some striking footage of a golden lion being bullied by a pack of hyenas, only to be saved at the last minute in a manner that would make Mufasa proud …

As part of the new BBC series Dynasties, voiced by the legendary Sir David Attenborough, we meet Red, a male lion making his way through the brush.

It’s not long before he encounters a pack of 20 hyenas however, and they’re every bit as mean as you’d think.

Now, for a lion, one or two hyenas pose little to no problem in the wild. When it comes to a gang of 20, however, the scales tip in their favor through sheer weight of numbers.

He attempts to defend himself as the pack surrounds him, but the odds don’t look good.

With all hope seemingly lost, it’s Red’s cousin, Tatu, who saves the day. He’d heard his family member’s cries of distress, and in Mufasa fashion darted to his rescue. Together, the two manage to fend off the pack, sending the hyenas running with their tails between their legs.–

To see the awesome footage, watch the video below:

We know right, that’s love on an epic scale.

We have so much to learn from wild animals. If you agree, share this article on Facebook!