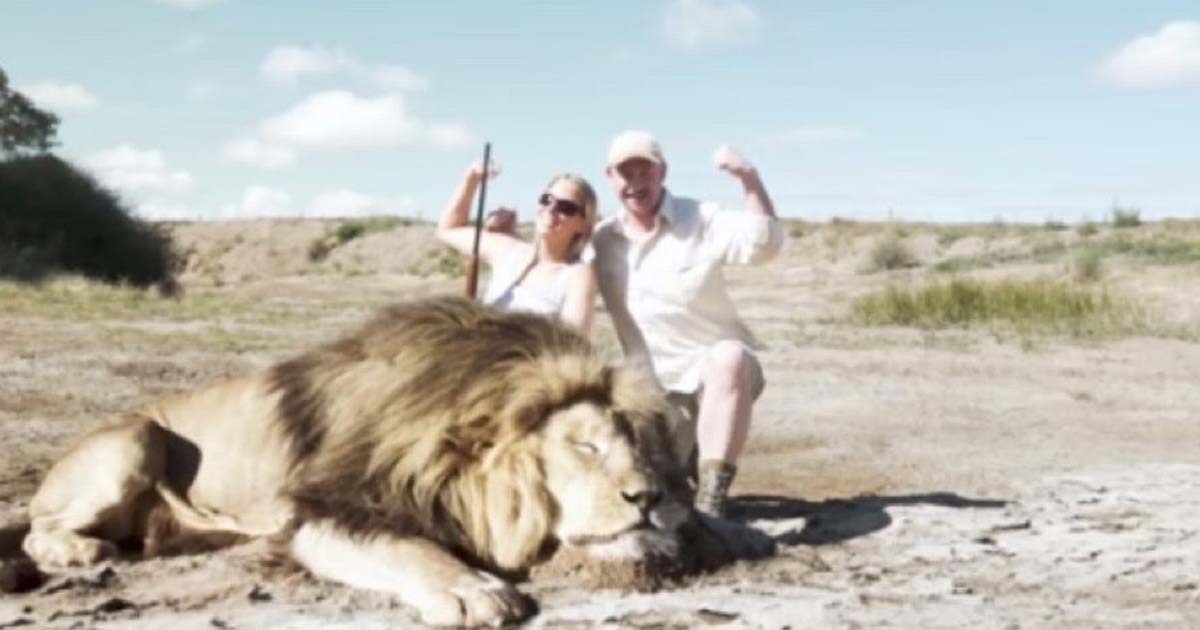 In this video, which has spread like wildfire around the world, we see a pair of trophy hunters proudly posing with their victim. They’re taking a picture with the lion they just shot to death – but little do they know what is about to jump behind their backs right after the picture is taken.

The fictional and dramatic video was produced by the The Wolshed Company to shed light on the ongoing fight against the poaching of endangered animals. The people in the clip are therefore not trophy hunters. No humans or lions were injured during the filming, but it does evoke strong feelings and above all shows that trophy hunting is pure madness.

Check out the clip in the player below.

The video is not real life but we can still take its message with us. Trophy hunting is cruel and makes no sense – how can people shoot endangered animals just for fun?

If you love animals, share this video with everyone you know. Personally, I won’t stop sharing things like this until the madness stops.