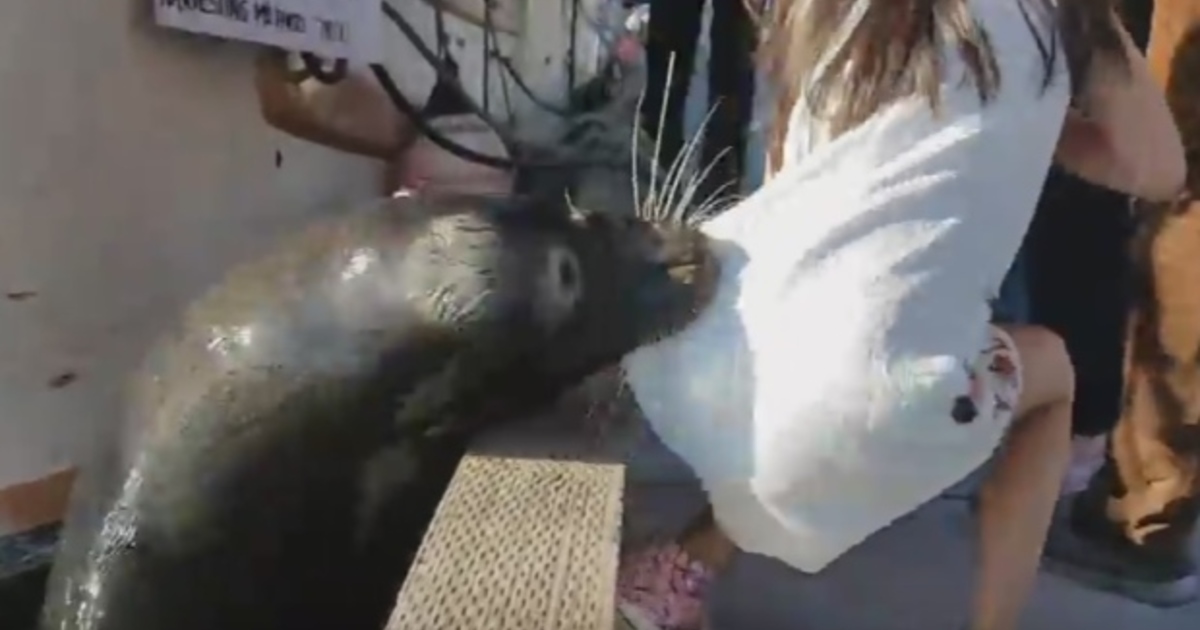 Wild animals might look cute and cuddly on TV, but this video proves you should never treat them like your family dog or cat. As tempting as it might be to get close, wild animals can be unpredictable and even dangerous, as one little girl found out last weekend.

The little girl was at the wharf on a sunny day in British Columbia, Canada, when a large sea lion approached the dock. The girl went to the edge of the dock to feed him bread crumbs. And when she turned her back to the animal, it became apparent that this wasn’t part of an attraction at an aquarium.

The whole thing was caught on video by a local university student, and after he posted it to YouTube, it racked up almost 8 million views in less than two days. When you see it, you’ll realize why—it really makes it clear that we should appreciate wild animals from a distance.

University student Michael Fujiwara was at Steveston Fisherman’s Wharf in Richmond, British Columbia on Saturday when a large male sea lion approached the dock. A crowd gathered to get a look at the beautiful animal, and Michael turned on his camera.

As the sea lion came closer, a little girl and other members of her family started feeding him bread crumbs from the edge of the dock.

Then when the girl happened to turn her back to the sea lion, he suddenly jumped up and grabbed her.

Andrew Trites, the director of University of British Columbia’s Marine Mammal Research Unit told the CBC that the sea lion probably thought she was food.

In an instant, the little girl was in the water. The sea lion, perhaps realizing his mistake, swam off.

And a split second after the girl went down, a man bravely jumped in to save her.

Fortunately, neither the girl nor the man who jumped to save her were hurt. But according to Michael, the family “were pretty shaken up. Her family were just in shock.”

Marine researcher Andrew Trites told the CBC, “My first reaction to the video is just how stupid some people can be to not treat wildlife with proper respect. This was a male California sea lion. They are huge animals. They are not circus performers. They’re not trained to be next to people.”

By the next day, the Richmond Harbor Authority had put up signs telling people not to feed the sea lions.

It’s a lesson that this girl will never forget. And since the incident was filmed, hopefully the little girl won’t be the only one to learn it. By sharing this video widely, perhaps many more people won’t be tempted to get to close to wild animals in the future so that nothing like this (or worse) happens again.

As Andrew Trites told the CBC, “Keep your distance. Watch the animals, but let wildlife be wildlife.”

Please share this video so that more people will let wild animals be wild and appreciate them from a safe distance!