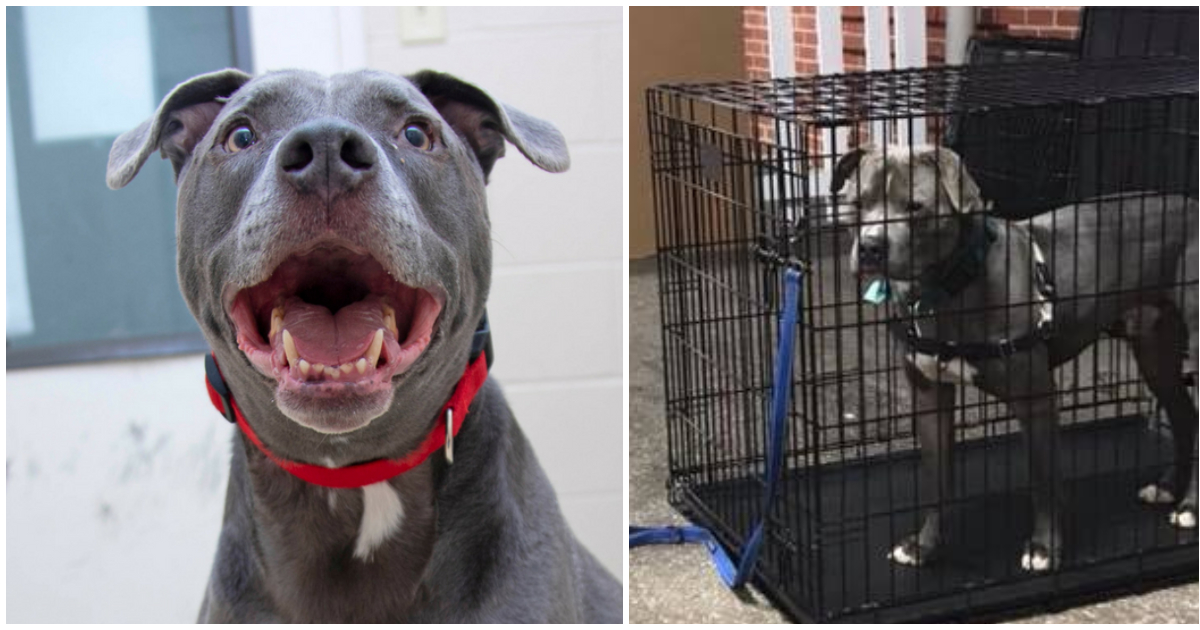 Life can be hard for a dog in a shelter. Some have to wait months or even years to find their forever home, while they have to watch other dogs get adopted out instead.

That situation was even worse for one poor dog, who was the only one left after seeing nearly 300 dogs get taken home instead of him.

But while he had to wait a little longer, he finally got his own happy ending after all.

King Zeus is pit bull/Weimaraner mix who arrived at Indiana’s Humane Society for Hamilton County in 2018.

The nine-year-old dog had some scars on his face, implying a rough early life on the streets, but everyone hoped that life would get better for Zeus once he found a home.

The HSHC said that Zeus “quickly captured our hearts.”

“His soulful eyes and love for pets and cuddles made him a staff favorite,” they wrote on Facebook.

While Zeus didn’t like cats, he was friendly, trained and good with kids. The staff knew there would be a perfect family for him somewhere.

But one sad day made it painfully clear that people weren’t interested. At one adoption event, every dog got adopted… everyone except poor Zeus.

Heartbreaking photos show Zeus, left alone in his cage, looking sad as if he knows he’s been rejected

“King Zeus was left behind,” the HSHC wrote on Facebook. “299 dogs at Mega found their forever homes, but nobody stopped to look at our Zeus.”

Maybe it was because of the way Zeus looked, and maybe it was due to his breed: pit bulls are the most common breed in shelters, as people are reluctant to adopt because of their unfair reputation for being aggressive.

While it was a disappointing day, the Humane Society committed to finding King Zeus a home who would love him the way he is.

And in October 2018, King Zeus finally got the good news he had been waiting for: he was adopted!

“We are overwhelmed with all of the support and well-wishes for KZ and are so happy to share with you his happy ever after.”

They posted a tribute video, showing an overjoyed Zeus on his “freedom walk” out of the shelter:

We’re so glad Zeus got adopted! All dogs deserve a home, no matter what they look like. Thank you to everyone who gave this beautiful pit bull a chance.