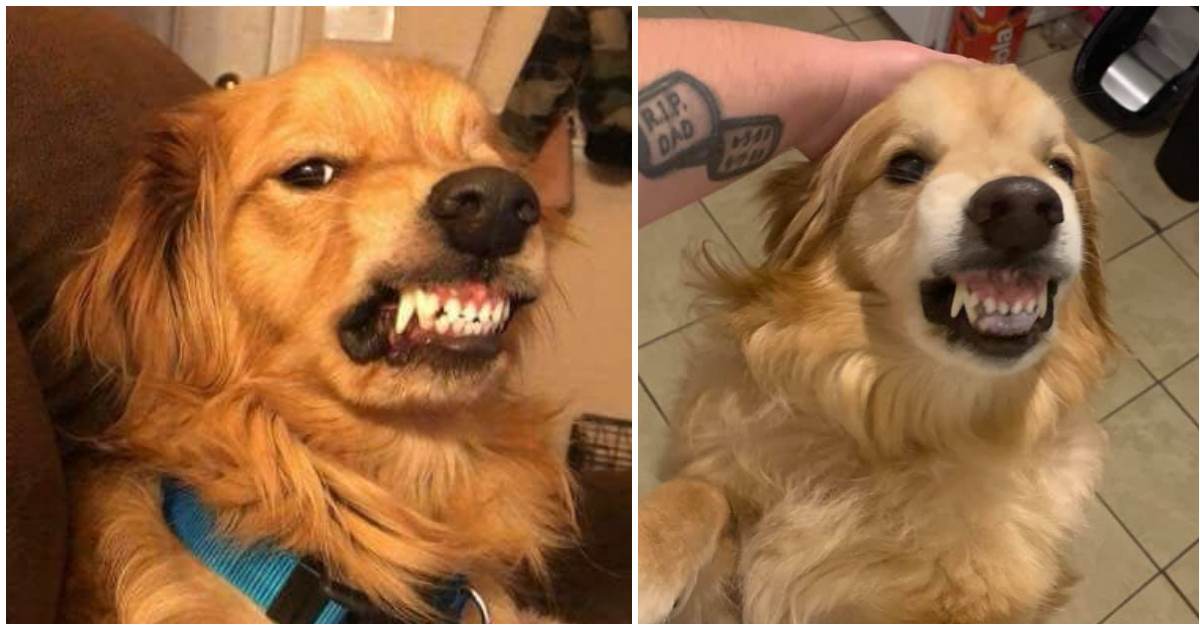 Sometimes a nice smile is all you need. Giving someone a big grin tells them you’re friendly and happy to see them.

But for one shelter dog, his unusual smile was what was keeping him from finding a home… until one man took a chance on this unique dog.

Dustin Kelley visited an animal shelter looking for a dog, when he noticed a sad-looking golden retriever in the corner, shy and alone.

While he seemed sad, he still had a “smile” on his face — he had a habit of baring his teeth.

The dog was named Zeus, and his big gummy expression isn’t what you’d first call the cutest thing in the world. In fact, it made him look quite mad.

“Not going to lie, it definitely freaked me out a bit at first,” Dustin told The Dodo.

Indeed, the shelter called Zeus’ smile an “aggressive behavior” that made him “unadoptable.” When Dustin expressed interest in taking the sad dog home, they warned that he was “untrained and antisocial.”

But Dustin was still willing to take a chance.

“I was drawn to the sad boy in the corner of his kennel,” Dustin said. “I said I’d take him home and if he turned out to not be a good fit in my home at least I gave him a few weeks of life.”

Weeks and months passed, and Zeus still seemed to be as sad as he was in the shelter. But Dustin still didn’t give up.

But slowly, Zeus got used to his new home — and Dustin became accustomed to his dog’s big toothy grin, realizing it meant he was excited and happy.

“I think once he finally realized that I wasn’t going to give up on him and that this was his home now, he really opened up … and his loving, goofy personality started to shine,” Dustin told The Dodo.

Now, Zeus’ smile is his trademark. He’s gone viral in Facebook groups like Dogspotting Society, as well as in real life.

Once an “unadoptable” dog, Zeus is now beloved around town as “the smiling golden.”

“Everyone loves it!” Dustin told The Dodo. “It usually makes strangers laugh, and they want to give him tons of affection once they see it.”

“He’s typically the highlight of the day at his vet’s office, the groomer, pet store, Starbucks, and other places we frequent.”

It has been five years since Dustin took Zeus home, and while this golden retriever might not have seemed like it at first glance, he’s proven to be the perfect pet.

“He’s been with me through some of the worst times in my life. And on every single bad day, his smile has made me smile,” Dustin said.

“I might have adopted him, but he definitely rescued me.”

How amazing. It goes to show that no dog is “unadoptable,” they just need the right person to come along and take a chance on them.

Zeus definitely has a lot to smile about now! Share this inspiring story!