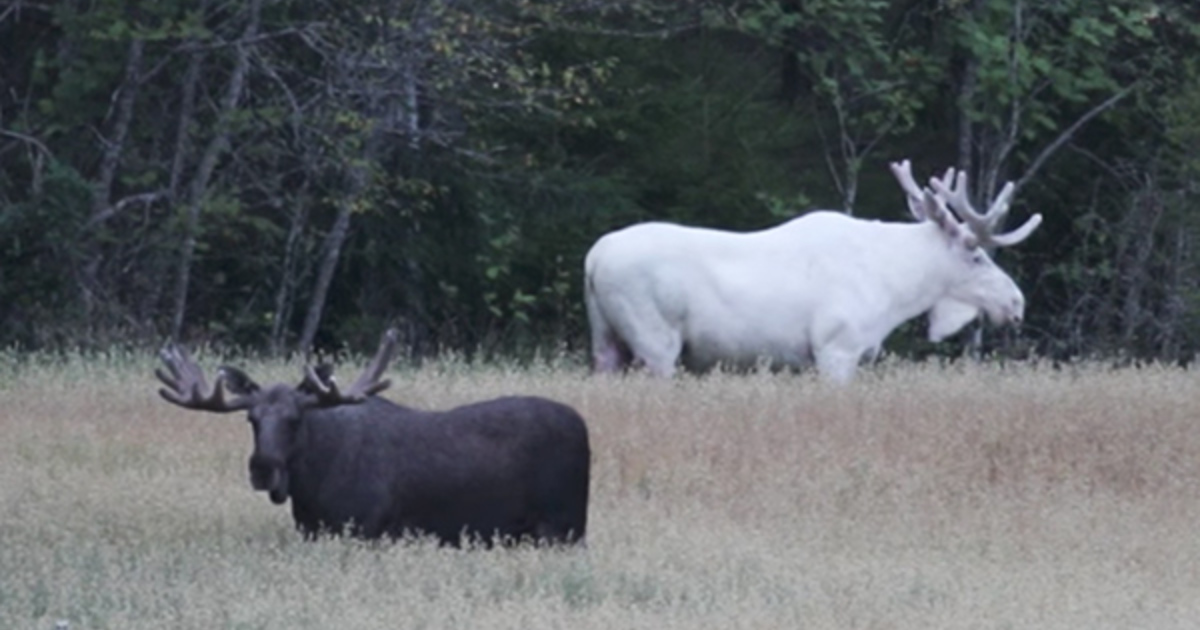 Last week, a Swedish man was out in the woods with his camera when he saw something he’ll never forget.

Suddenly, he happened upon an incredibly rare meeting — he saw a white moose and a brown moose sharing a meal together in a field.

“It was nice to see two bulls next to each other, especially since one was brown and one was white,” Gunnar Glöersen told the Swedish newspaper Expressen.

Gunnar Glöersen has filmed moose for many years. But the footage he captured this time was special. Gunnar’s camera was rolling as a white moose met his brown counterpart.

The meeting happened outside of Karlstad, a small city a few hours west of the Swedish capital, Stockholm. Gunnar had seen each of the bulls there many times over the years, but never together.

Gunnar is a wildlife management consultant and he says that it’s rare to see a white and brown moose together.

On the other hand, it’s not unusual to see more than one moose in one place, something that, according to him, is about safety.

“It’s to suss each other out a little and measure each other up under friendly circumstances. This will help them prove who is the greater and more beautiful and perhaps avoid some unnecessary fighting,” he told Expressen.

Gunnar has not seen the moose together again since the awesome meeting. The white moose, like the other white one that was spotted earlier this month and became internet famous, is protected from being hunted.

Having a white moose in the area has helped Gunnar and his colleagues learn more about how moose move, since the white moose is so easy to spot.

“During winter and summer, he roams in a fairly limited area. When the wild grains mature, he stays in a very limited area, and when the rut is approaching, he moves about a mile west to meet the cows he’s already familiar with,” Gunnar told Svenskjakt.se.

What a majestic meeting! Please share this video so that more people can see it!