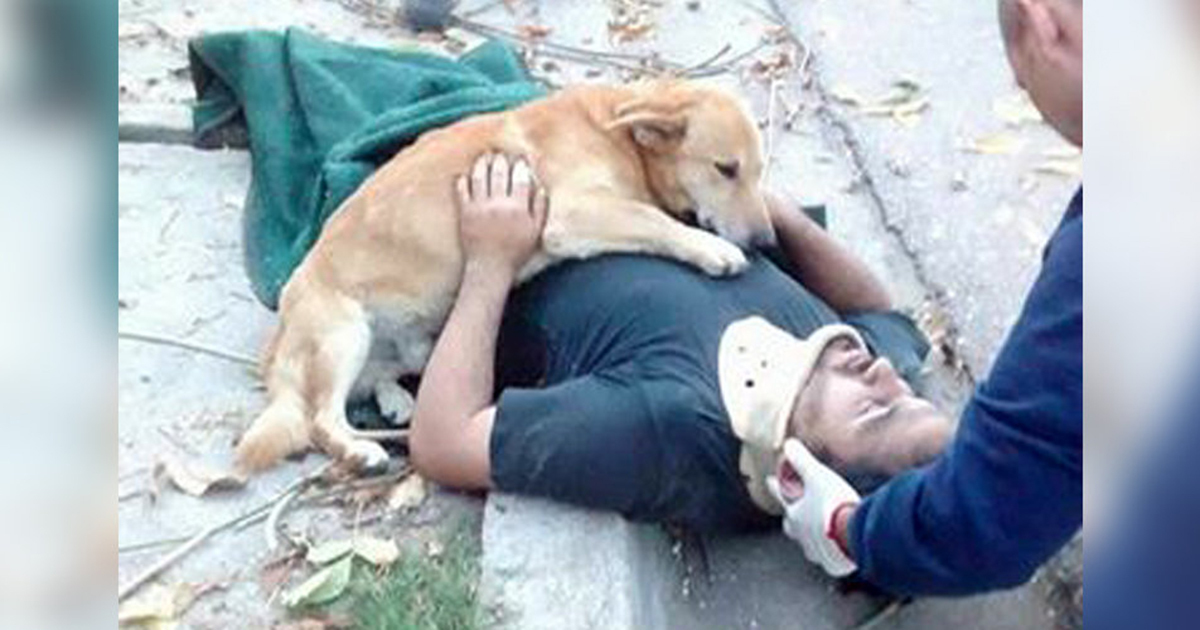 The love of dogs for their humans is like nothing else!

Just check out what a puppy named Tony did when his owner and best friend was hurt.

Tony thought he had lost his owner forever—and was completely broken.

On Saturday, Jesus Hueche was cutting down some tree branches in his yard in Argentina.

Suddenly, he slipped and fell 6 feet (2 m) to the sidewalk below.

He hit his head on the concrete and lost consciousness. But thankfully, he wasn’t alone.

When the ambulance arrived at the scene, they found Jesus’ puppy, Tony, hugging him, writes The Dodo.

When Jesus finally woke up, he saw that Tony was right there. His little four-legged friend was hugging him and wouldn’t leave his side. Jesus petted him, and Tony immediately knew that everything was going to be okay.

I guess pets aren’t allowed in ambulances in Argentina. But, Tony’s best friend would return soon.

When Jesus arrived at the hospital, he was told that the damage was relatively mild.

He was quickly released and was reunited with his beloved Tony, who was patiently waiting for him.

Pictures of the event were shared on social media and people around the world were touched by it. These two really are best friends!

“We saw him on the street one day and adopted him. We gave him love, food, and a family. To me, he’s like a son,” Jesus told local radio station La Brujula 24.

Dogs really are a man’s best friend! Please share this story with your friends on Facebook if you were also touched by this story.