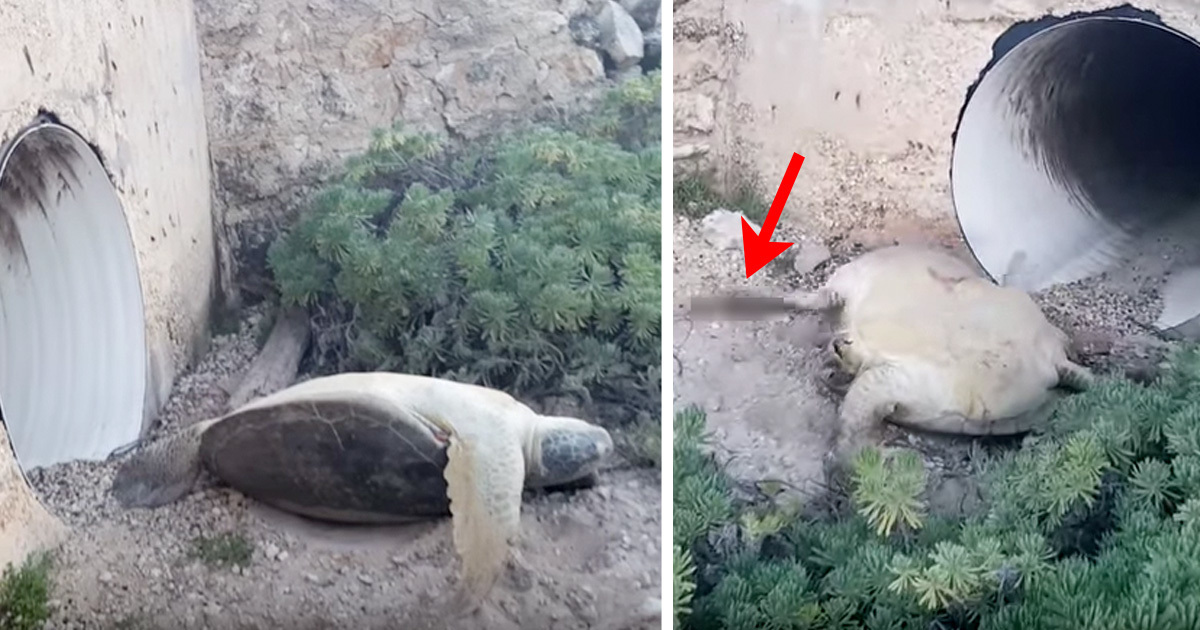 YouTube user Steve Booker was walking along a beach in Mexico when he saw something unusual on the sand. He saw a sea turtle lying upside down and lifeless next to a bush on the shore. She had probably fallen from the bridge behind her. She was bleeding from the nose and her shell was cracked.

Steve assumed that the turtle was dead. Perhaps she had come up on the beach to lay eggs during the night and injured herself on the way back. But just as Steve was about to leave, he saw one of the turtle’s eyes blink.

Steve knew he had to act immediately and went straight to the turtle. When she saw him, the turtle was probably scared and started to kick her legs. But she couldn’t go anywhere because she was upside down.

Steve picked her up with both hands and turned her right side up.

In this video, you can see the turtle’s reaction after she’s been rescued. It looks like she’s all worn out from everything that’s happened to her. But hopefully she’ll heal and feel better soon!

Isn’t it lucky that Steve happened to be walking on the beach and saw the turtle? Otherwise, she probably would have died there in the sand. Please share Steve’s fine rescue effort if you also appreciate his good deed!