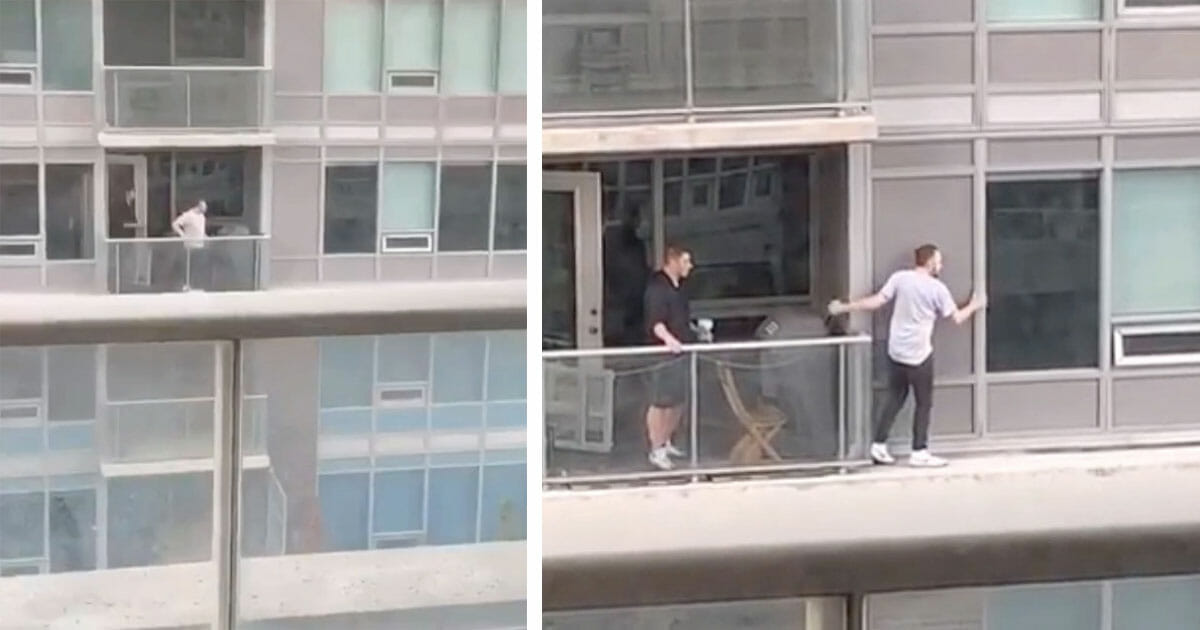 How far would you go to save the life of a loved one?

A man in Toronto was willing to set his fears aside and scale a building in order to bring his beloved to safety. And it was all caught on camera thanks to a neighbor who just happened to be in the right place at the right time.

Jeff Powell was at home in his apartment in Toronto when he noticed an odd sight out his window. Across the way, it appeared as though a man was about to attempt something you’d expect to see in a Spiderman movie.

“Like it’s an everyday type thing, like opening your door and going for a walk down the hallway,” Powell told CTV News Toronto. “It was definitely unique.”

The man, who wished to remain anonymous, climbed over his apartment’s balcony and casually made his way over to his neighbor’s balcony.

Did we mention that the apartments were several stories up? 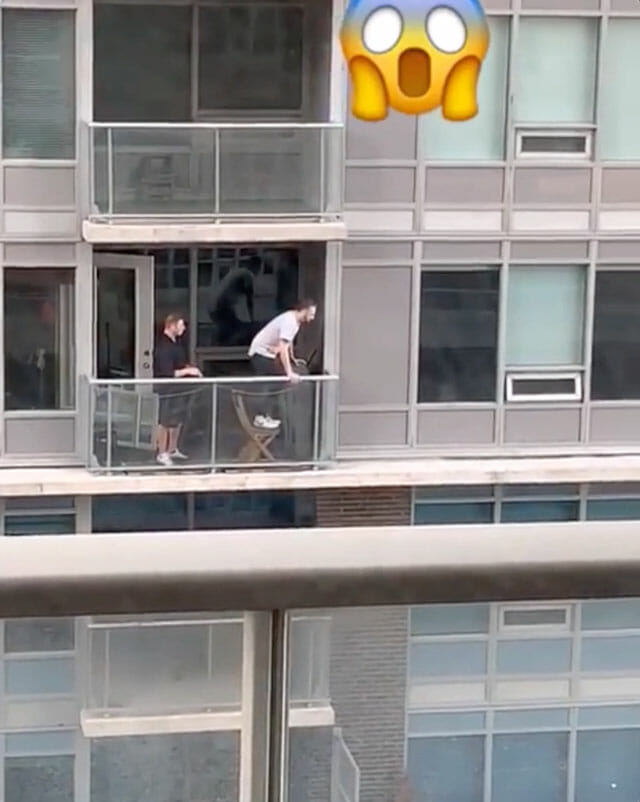 When the unidentified man reached his neighbor’s it became clear what his intentions were, he was retrieving a cat.

According to blogTO, the man had previously opened his balcony door and put a baby gate in place so his furry friend wouldn’t wander too far. Unfortunately, the cat decided to take a stroll and managed to pay a visit to the neighbor’s.

Once the cat owner realized his feline friend had disappeared, he ran to his neighbor’s apartment and knocked on their door. They weren’t home. 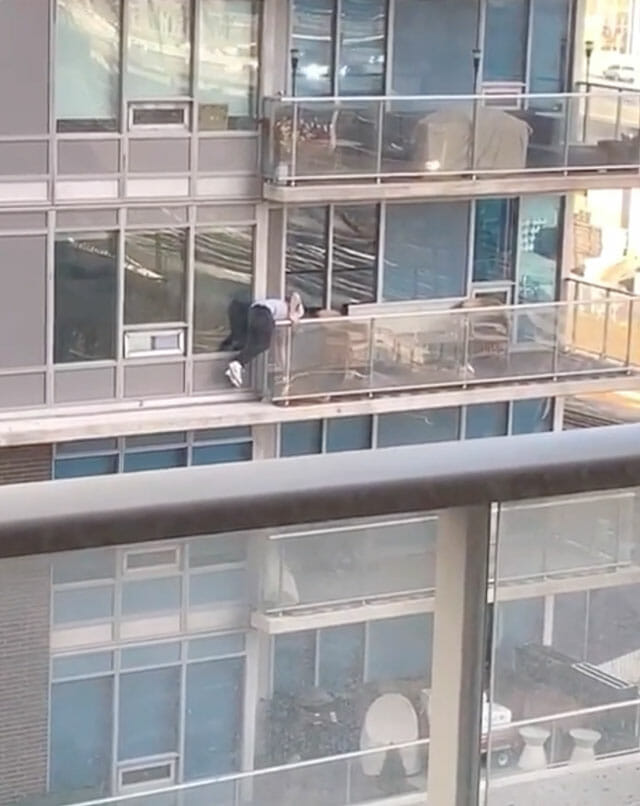 “He was trying to squeeze back under the glass and getting stuck almost, I was afraid he was going to hurt himself,” he told blogTO. “He would likely have fallen if he’d tried to hop back over. I had to do something quick.”

It was time for desperate measures.

After a few harrowing seconds the two made it back home without incident. And while this story has a happy ending, local police have warned residents not to try this stunt.

This man risked his life to save his cat, which just proves that pet owners will do anything for their pets. Share this article on Facebook and let everyone know that you would do anything for your pet, even walk across a narrow ledge.