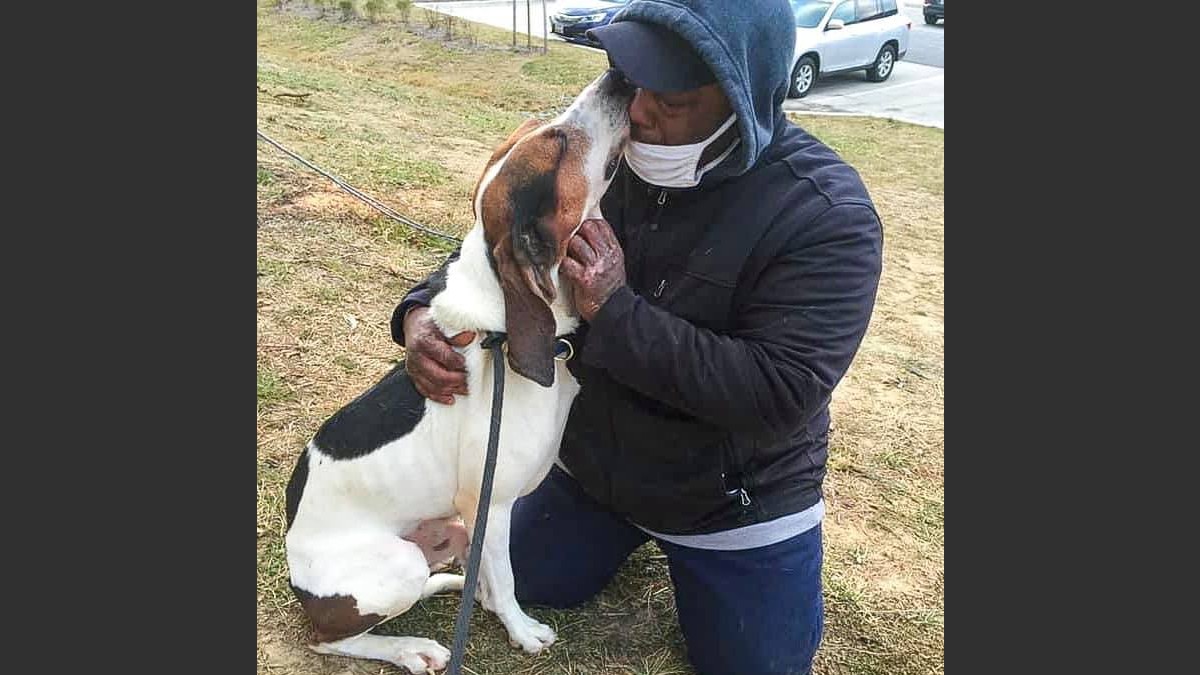 It’s undoubtedly traumatic to survive a deadly disaster, but when you’re recovering it helps to have loved ones by your side — including your pets.

That’s the story for one man, who spent months in a coma following a massive explosion, but recently reunited with his best friend.

In October, residents of five townhomes in northwest Baltimore suffered an explosion and three-alarm fire that reportedly resulted in fatalities.

One of the victims was a man, his name unreported, who miraculously survived but had to be placed in a coma due to life-threatening burns.

But as he fought for his life, all he could think about was his beloved pet: according to BARCS Animal Shelter, on the ambulance ride to the hospital he kept saying he wanted to see his dog, Barak.

Barak, meanwhile, was being transferred to BARCS for temporary keeping. But when they learned that Barak’s owner would be hospitalized for at least a month, they were concerned they wouldn’t be able to keep him.

“BARCS is an open admission shelter and the looming threat of running out of kennel space has always plagued our organization,” BARCS wrote on Facebook. But with more people fostering dogs during COVID, they were able to make an exception: “We made the pledge to care for him for as long as needed.”

BARCS took good care of Barak while his owner recovered, but even after he got out of his coma, a new problem arose: finding a dog-friendly space to live.

With his home destroyed by the explosion, the man looked for a place where he and Barak could finally be reunited: “He put the pieces of his life back together, all the while facing the daily heartbreak of missing his best friend,” BARCS wrote.

“We assured him that, no matter what, Barak would stay at BARCS until they could be reunited.”

They stayed true to their word, and last month, the man finally secured a dog-friendly place to stay… and at last, got to reunite with his best friend:

Barak immediately went up and kissed his owner, who looked moved to tears as he finally reunited with his buddy after this long ordeal. It was an emotional happy ending for all involved.

“He hugged and kissed his very best buddy, with all those around him watching in tears,” BARCS wrote on Facebook. “Keeping this family together was worth the resources and worth the wait.”

We’re so glad this man was able to reunite with his dog after surviving this disaster. Thank you to BARCS Animal Shelter for taking care of Barak in this time of need.