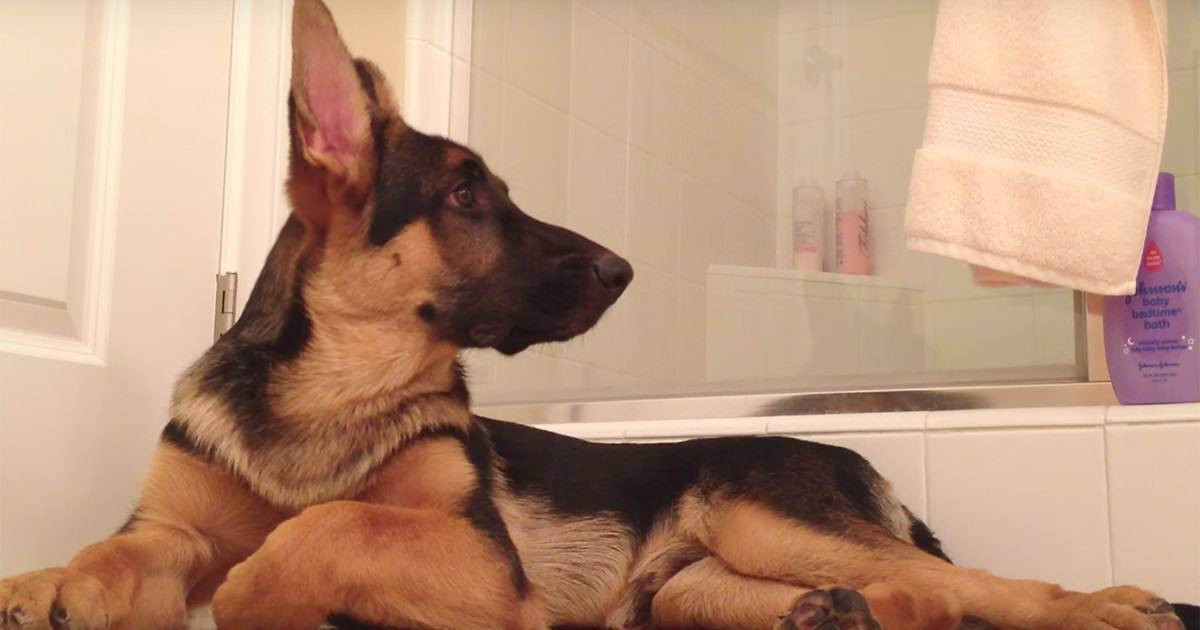 Many people, myself included, love to sing in the shower. Whether it’s early in the morning or I’m getting ready for a late dinner or engagement, singing my favorite songs in the shower always boosts my mood and gives me energy.

But, not everyone is lucky enough to have their pets accompany them when they sing in the shower. Watch this man who has the perfect singing companion for his shower performance — his dog.

Every time I’m in a bad mood, a bit of singing in the shower can always make me feel better. Sometimes, it feels like I’m singing out all of my anger and frustration, and is better than a therapy session.

So, we can agree that singing in the shower is absolutely amazing. Maximus, the puppy in this video, realizes this and likes to sing along with his owner in the shower. 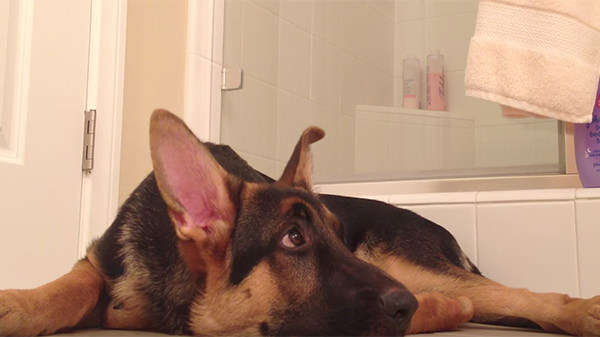 Wants To Join In

Maximus’s owner doesn’t sing the expected rock or pop music, but instead, he sings opera, like Eduard Khil’s classic “Trolololo”, something that the dog definitely appreciates.

But this opera singer doesn’t have to perform on his own because the dog decided to join in. 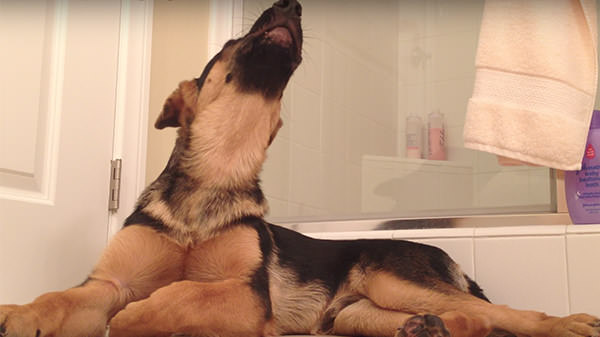 After for a few seconds listening carefully, the dog starts to sing. And together, the owner and his dog give a lovely performance.

More than three million people have seen Maximus sing along with his owner. Watching this video, I can completely understand why this singing duo is so popular. Maximus is quite the songbird!

What a wonderful performance by both dog and owner. Please share the article if you like Maximus’s singing!