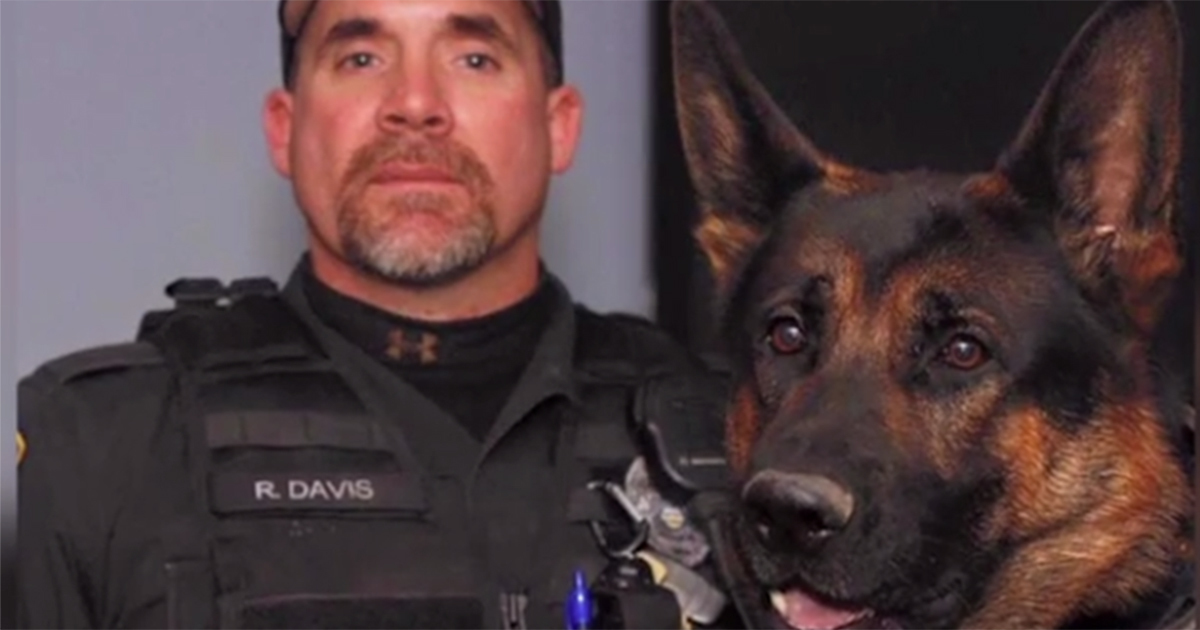 Police dog Jethro was shot to death while he tried to stop a robbery in Canton, Ohio. Now the man who shot him has received his sentencing—and it has stirred up strong emotions.

It was a typical January day on the job for the talented police dog Jethro. Then suddenly, Jethro and officer Ryan Davis were dispatched to a supermarket where a break in had been detected.

Once at the scene, the dog did his best, but was shot three times by the thief. The next day, Jethro died from his injuries.

Now, the 22-year-old man found guilty of killing Jethro has received his sentencing—and it’s serious. The man will serve 45 years in prison in total: 34 for shooting Jethro and 11 for other offenses.

The penalty is now the subject of much debate. One side thinks that 34 years is too long for shooting a dog, while the other thinks that shooting Jethro is tantamount to shooting a police officer.

Right punishment or not, the issue is likely to be discussed for a long time to come. In the meantime, watch this video honoring Jethro for his service:

What do you think about Jethro’s killer’s punishment? Let us know in the Facebook comments.