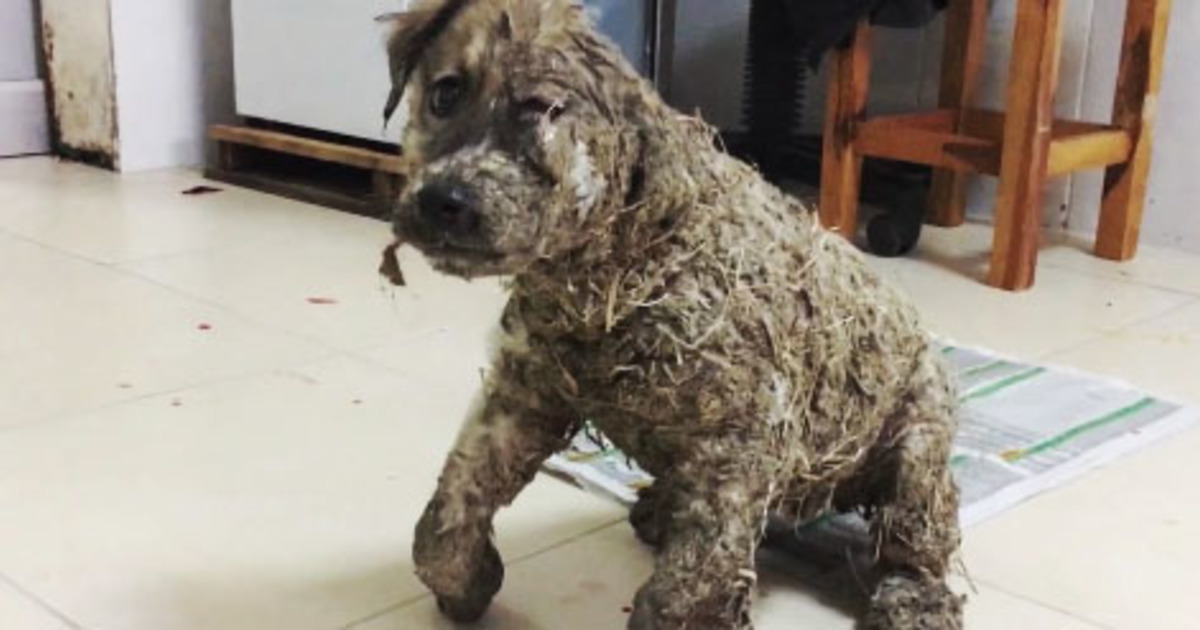 It’s hard to believe that anyone would ever harm a dog, but unfortunately, reality isn’t always what we’d it like to be.

Fortunately, though, many people out there wouldn’t hesitate for a second to help their furry friends—and it’s thanks to them that a puppy named Pascal was able to walk away from a frightening encounter with a group of disturbed people.

The idea that anyone would douse a puppy in superglue is unthinkable.

But unfortunately, that’s exactly what happened when some cruel individuals came upon a puppy named Pascal.

After some struggling, Pascal was no longer able to move.

And as the glue hardened around the puppy, it constricted him so tightly that it cut off his blood flow.

Luckily, some animal rescuers found Pascal and were able to save him at the last moment.

It took them hours to remove layer upon layer of glue from Pascal. But in the end, the adorable puppy was able to move again.

Fortunately, it ended well for Pascal, all thanks to a group of animal advocates who refused to give up.

Warning: While some images in this video will be upsetting to animal lovers, it’s worth it to see Pascal’s reaction when he can move again.

Please share this video if you want to let others know that there is still much to do to support animals in need!