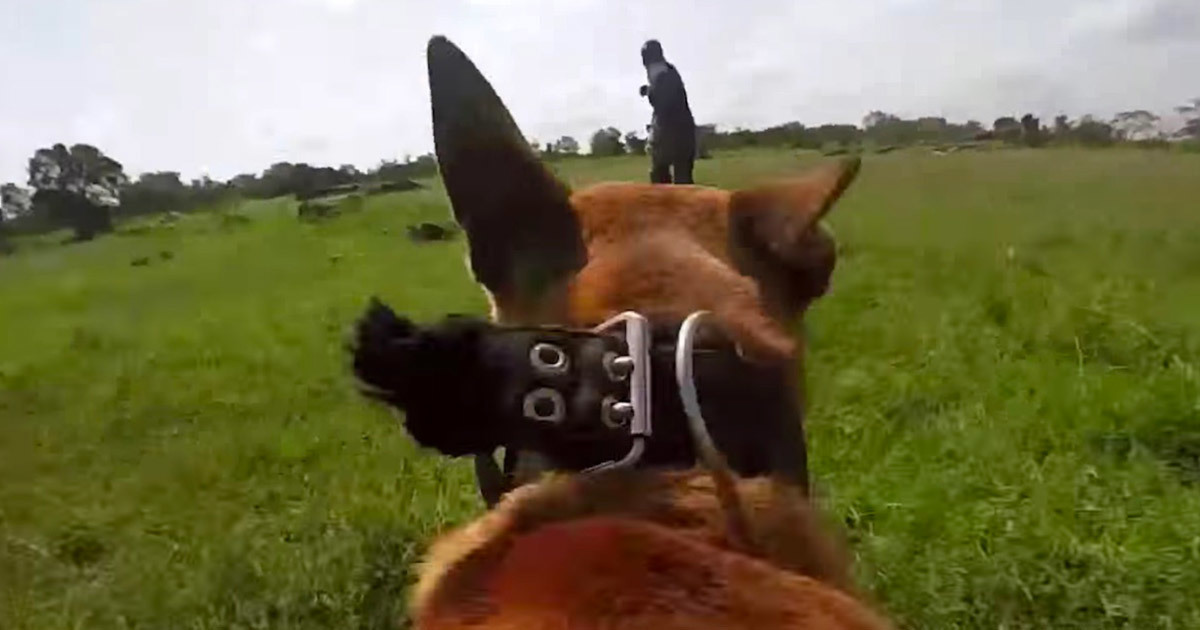 Among the five rhinoceros species left on earth, three are critically endangered, with the male northern white rhino polulation reduced to a single animal.

That rhino’s name is Sudan and he lives in a national park in Kenya. Because the survival of the entire species rests on his shoulders, Sudan is protected by armed guards, not least due to the high risk of him being shot by poachers.

Diego makes every effort to protect his endangered pal, Sudan. And when Diego has a target in sight, he’s unstoppable—and his top speed of 40 mph (65 kmph) means that no poacher is safe around Sudan.

In this video from Fauna & Flora International, we follow Diego on a mission with the human members of his team. It’s incredible to see how fast the is—and the lengths he’ll go to help another species survive.

Whether Sudan knows it or not, he is having a great impact on the lives of rhinos. Diego is not only a loyal, best friend—he’s also a hero that protects Sudan from the dangers that lurk around every corner!

Please share if you also think that dogs can be true heroes!