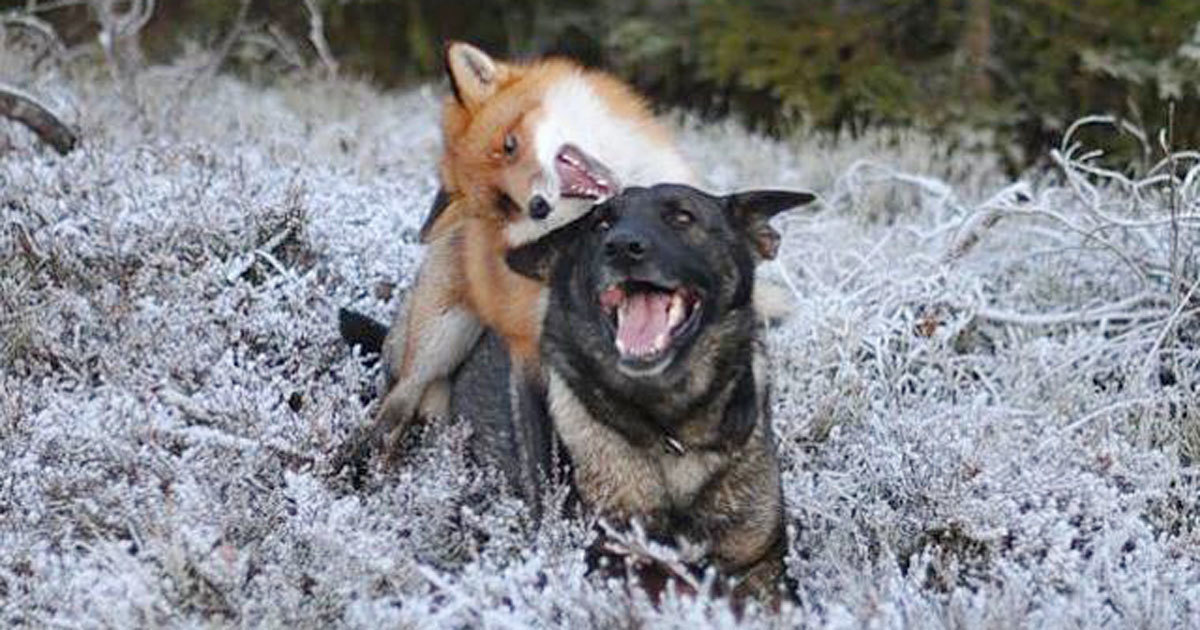 Friendship comes in many varieties.

But these two unlikely pals outdo most of the odd animal couples I’ve seen.

I’m sure you’ve seen the Disney film “The Fox and the Hound.” Now, it’s not just a movie anymore. These two friends are for real—and they’ve proven that friendship and love have no borders.

Tinni the dog is best friends with a wild fox named Sniffer.

Tinni lives in Norway with his owner, photographer Torgeir Berge, who has immortalized the friendship in a beautiful series of pictures.

It doesn’t seem to matter much that Tinni is a dog and Sniffer is a fox. The two play and wrestle as if they’ve been friends all their lives.

Seeing Tinni and Sniffer’s friendship with his eyes has turned Torgeir into a strong critic of the fur industry, where foxes are confined to small cages and are killed just for their fur.

“Foxes are just like dogs in their behavior and personality. I get tears in my eyes. I think of the millions of versions of Sniffer who are locked up in cages all their lives.” Torgeir Berge wrote on his Facebook page.

Tinni and Sniffer’s unique friendship has touched so many people that their story has become a children’s book. Author Berit Helberg wrote a book called “Sniffer and Tinni,” and Torgeir took the pictures.

Watch a video of these two delightful friends here:

Friendship is certainly in all forms! Tinni and Sniffer are so different, yet so similar, too. And when they play, it doesn’t matter that one is a dog and the other is a fox.

Please share if you were also moved by this lovely friendship!