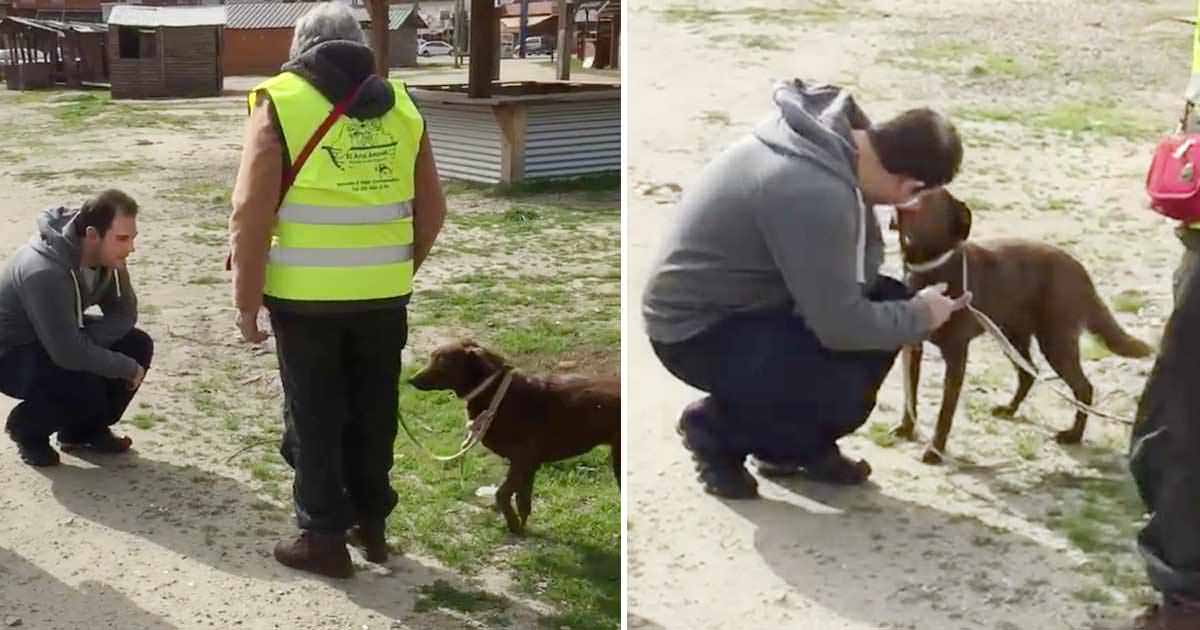 Pakita had been separated from her owner for two long years. Everyone thought she was abandoned — but her owner had never stopped looking for her.

Pakita was found alone on the streets of Argentina. The organization Arca Animal believed she was homeless and took her in so they could look after her in their shelter. The staff noticed that Pakita appeared sad and withdrawn, as if she were missing something in her life.

The organization tried to find a new home for Pakita, but it was difficult. She was older than the other dogs at the shelter and was continually passed over by people looking for puppies.

Pakita lived at the shelter for two long years while she waited for a new owner. But what the staff didn’t know was that Pakita already had a home — and a family that missed her immensely.

The staff decided to post a photo of Pakita on social media in order to let more potential owners know about her. They found it difficult to take a good picture of Pakita, as she turned away every time the staff picked up the camera. But fortunately, they persisted and finally managed to capture Pakita’s face and posted it on social media.

Soon, a woman responded and said Pakita looked like her son’s dog, who had disappeared two years earlier. Ariel Naveira had lost Pakita when she escaped from his home. He searched for her, but after a while, he thought she must be dead. When he saw the picture, he couldn’t believe it. Could this be his dog?

Ariel went to the shelter the next day to meet Pakita. But would she recognize him? After all, they had been separated for two years.

When the staff took Pakita to meet Ariel, she was very withdrawn. She hid behind a volunteer and seemed to be afraid of Ariel. Was this really his dog?

She didn’t respond to his voice or to his appearance. Then suddenly, she approached him and smelled him. It was a smell she had not forgotten during their two years apart — and the withdrawn dog immediately turned into a very excited one.

The whole reunion was captured on film, and the movie has quickly gone viral on Facebook. It’s impossible not to be moved by this. See it for yourself here:

Now Pakita is where she belongs: with her owner. She has become herself again, and isn’t so withdrawn and afraid anymore. Her two-year adventure away from home is now just a distant memory.

Were you also happy to read this heartwarming story? Share it with your friends!