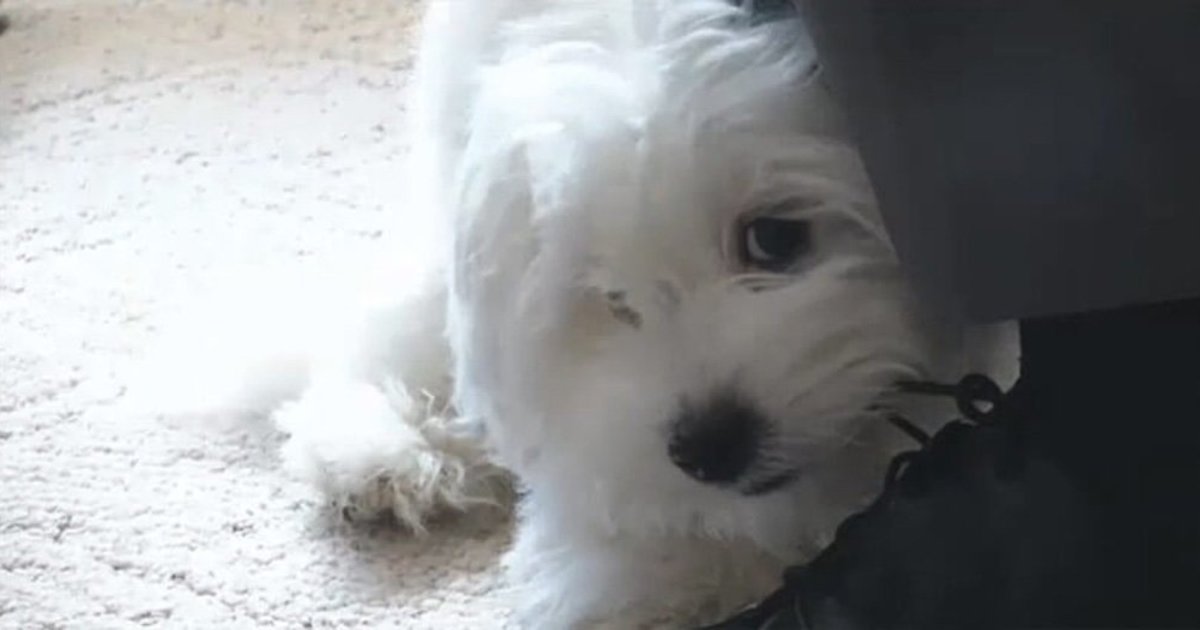 It was a sunny Saturday morning last March. Terri and John Lasby of Grayling, Michigan let their beloved little puppy, Jake, outside to pee. But when they went to let 14-week-old Maltese-Shih Tzu mix back inside, he was nowhere to be found.

“We put the puppy outside briefly to go to the bathroom. Five minutes later, we look out. He’s lying on the porch, getting a little sun. We were planning on letting him in and he was gone,” Terri told 9&10 News.

After hours of searching, the couple finally found Jake, but he wasn’t the same playful puppy he was before. He was hiding under a shrub, shaking in fear.

Once they were able to coax Jake out from under the bush, Terri and John brought him inside to clean the mud and debris off of him. But when they tried to bathe Jake, he refused to lift his tail.

“I started to spray the backside of him and he started crying, just yelping in pain,” Terri said.

Alarmed, the Lasbys brought Jake to a local veterinarian to make sure he was OK. But the report they got instead was truly shocking.

Jake had been a victim of a sexual assault, having sustained injuries around his reproductive area.

The couple was understandably devastated.

When 9&10 News asked John what he thought of Jake’s abuser, he called him “a sick person” and said, “It’s terrible that anyone could do something like that to a little puppy.”

If I were Jake’s owner, I would have prayed for swift justice to be brought down on whoever assaulted Jake. Terri on the other hand, was surprisingly compassionate.

Unfortunately, as of this writing, the person or persons still haven’t stepped forward or been caught.

The Humane Society of the United States is offering a $5,000 reward for information leading to the identification, arrest, and conviction of whoever who did this to Jake. The organization’s press release notes that “the connection between animal cruelty and human violence is well documented. Studies show a correlation between animal cruelty and other crimes, including narcotics and firearms violations to battery and sexual assault.”

A week after, the incident, Jake was still healing. I hope he’s able to be his playful self again and can live without fear ike all dogs deserve to! And as for the person who abused him. I hope that he is caught and spends a long, long time in jail.

It’s unthinkable that anyone would abuse a helpless animal in this way. Please share this article so that Jake’s abuser can be found. Who knows? Someone might know something.