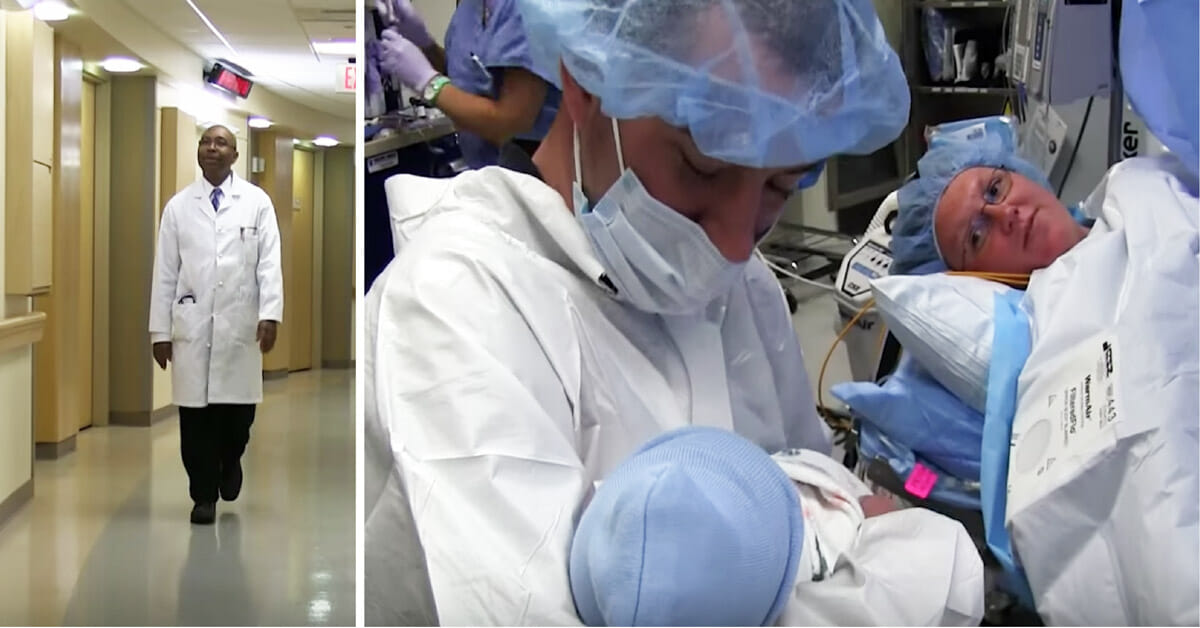 There are plenty of big decisions a woman must make when she discovers that she’s pregnant. Choosing a hospital for the delivery is one of the more important ones.

Many people are fortunate enough to benefit from well-educated, talented doctors and experienced healthcare professionals, but that doesn’t necessarily take the worry away.

When a woman falls pregnant, she accepts the trust of doctors when it comes to help with her child. They will play a central part in the lives of both mom and baby for the next nine months, not to mention a pivotal role when it comes to the delivery itself.

Fortunately, these days, the majority of procedures are routine, and very few problems arise because of excellent doctors and nurses.

At the Magee-Womens Hospital, they have a very special way of welcoming newborns to the world. To be more precise, it’s what one doctor does to the babies when they meet the world for the first time. His technique for calming them is incredible.

Dr. Carey Andrew-Jaja has delivered thousands of babies during his career. He’s a well respected member of the medical community, but he does something that none of his colleagues do. Dr. Andrew-Jaja is best known as “The Singing Doctor”. Every time he delivers a baby, he breaks into a sweet song.

It all started when he was at the very beginning of his medical career. An elderly mentor of his passed the tradition down to him, with the instruction to keep it going with every birth.

When Andrew-Jaja began to work as an obstetrician, he made good on his promise. These days he welcomes all new babies to the world with a song.

The doctor himself says that when he sings to children, he’s singing to an important person for the future. You see, Andrew values all human lives. He sees each child as a unique gift for the world.

He usually sings classical songs such as “It’s a Wonderful World” and “Happy Birthday”, much to the joy of the parents.

One thing’s for sure; Dr. Andrew-Jaja won’t be forgotten anytime soon by the family in the video below.

Just watch what happens when he welcomes these little miracles of life into the world. Wonderful!

All hospitals should have a doctor like Andrew-Jaja. What a wonderful human being he is.