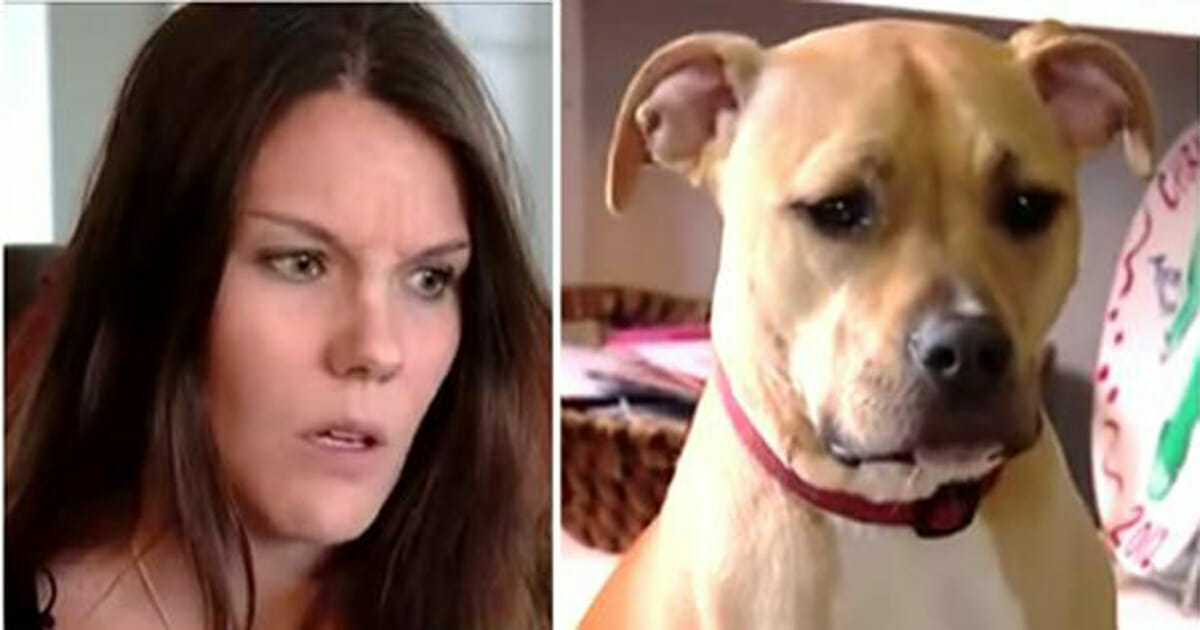 Pit bulls – rightly or wrongly – are a controversial breed. Over time the dogs have developed a reputation for being violent and aggressive; a perspective somewhat skewed and often argued against by those who own pit bulls themselves.

Indeed, anyone who’s spent time around the pit bull breed will know they can be some of the kindest, loving, most loyal dogs you could possibly own.

This story focuses on the Daniels family, who themselves have owned two pit bulls. When they adopted the second, Ember, they could have never known what the consequences would be. The new dog was no ordinary pet – he would soon change their lives forever…

Shortly after her adoption, Ember became a close companion to the Daniels family, especially to one of the young children, Tre. They enjoyed a special bond with one another, and mom Tracy was pleased that the dog fit in well. As a result, when Ember woke her up one morning with strange behaviour, the mum thought nothing of it.

Ember was persistent, though. She refused to leave Tracy’s side and continued to growl until Tracy had to listen to her. She rose from the bed and followed the dog, who led her directly to the bathroom. What Tracy saw when she opened the door sent shivers through her blood. Hanging over the edge of the bathtub was her son, Tre, in the throes of what appeared to be a seizure.

Panicking, Tracy rushed in and grabbed her son, immediately dialling the emergency services. Tre had succumbed to a seizure and if Ember had not been there to warn the others, no one would have known. Obviously, the family is now eternally grateful to their hero dog.

Since then, the story has been widely shared on social media. The Adore-A-Bull organisation – where Ember was adopted – hope that it will do a world of good for the breed’s reputation. Ember showed loyalty, love and intuition in rousing Tracy when she saw Tre having his seizure! It’s certainly something pit bull sceptics should think about.

Now to help spread the word! Help us once and for all prove that the pit bull breed can be just as loving and loyal as any other! Hit the share button below to show your support!