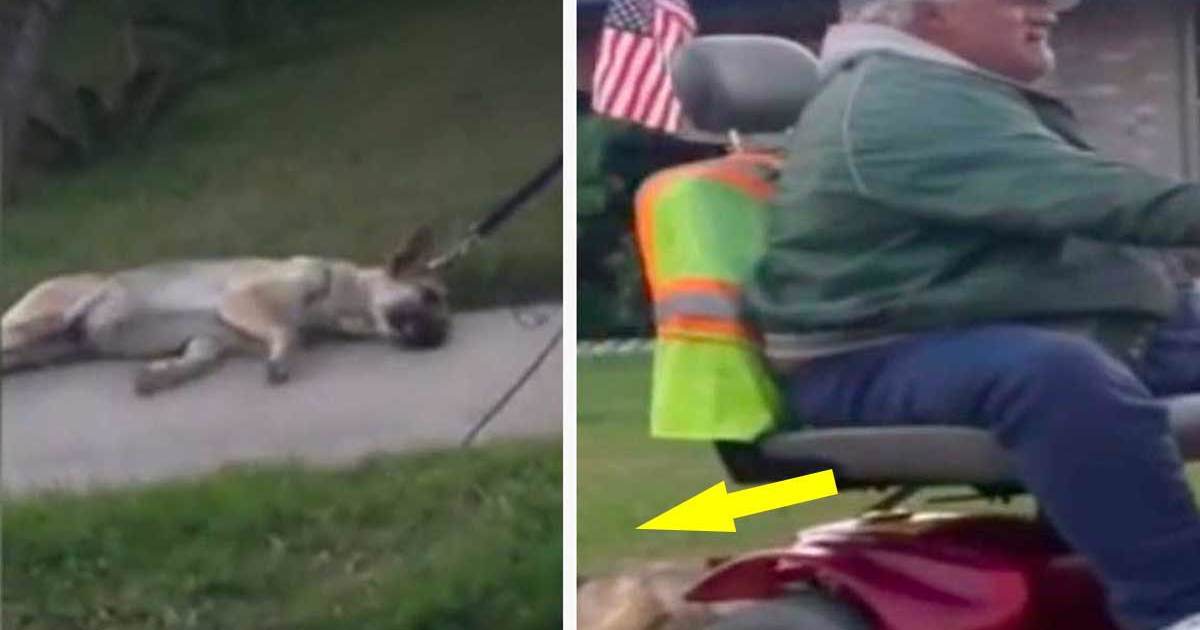 It breaks my heart every time I hear about an animal that’s been abused.

Unfortunately, there are way too many idiots out there who for some reason put poor animals through all sorts of cruelties.

Luckily, this old man didn’t get away with this vicious act and was punished.

He was unaware that that a camera captured how he was torturing his poor dog.

It makes no sense to me how someone can hurt their pets like this. Pets deserve nothing but respect, love and compassion. But some people just don’t seem to understand that.

Most animal abuse cases never see the light of day — often forgotten and dismissed. This is usually because there’s often not enough, if any, evidence.

But when Melissa Janelle Torrezis was walking one day and saw a serious case of animal cruelty, she did everything in her power to make sure that the horrible perpetrator would be punished.

And so he was — for the heartless crime he committed.

What Melissa saw that day, was how a man dragged his poor dog behind him on his electric wheel chair. The dog was tied on a leash to the wheelchair while being dragged on the pavement.

We would like to warn readers for distressing images.

A 59-year-old man from Texas was arrested and sentenced in February for the crime.

According to British Metro, while filming, Melissa yelled “Don’t worry, I’ll call the cops on you,” to which the man responded: “Go ahead. It’s my dog.”

Now he is sentenced to one year in prison and been given an almost $4000 USD fine. Police officer Jody Little was grateful for the woman’s brave action.

“Something like this is great because somebody actually provided us with video evidence,” Officer Little said. “Sometimes animal cruelty is hard to prove.”

The German Shepherd, known as G2, was taken to the vet to see if he was okay and it was confirmed that during the circumstances he was doing well.

This shouldn’t even be happening in the first place! I am happy justice was served and that the dog is no longer in fear of having to be tortured by his cruel owner.

Please share to show that animal cruelty is a crime that needs to end once and for all.