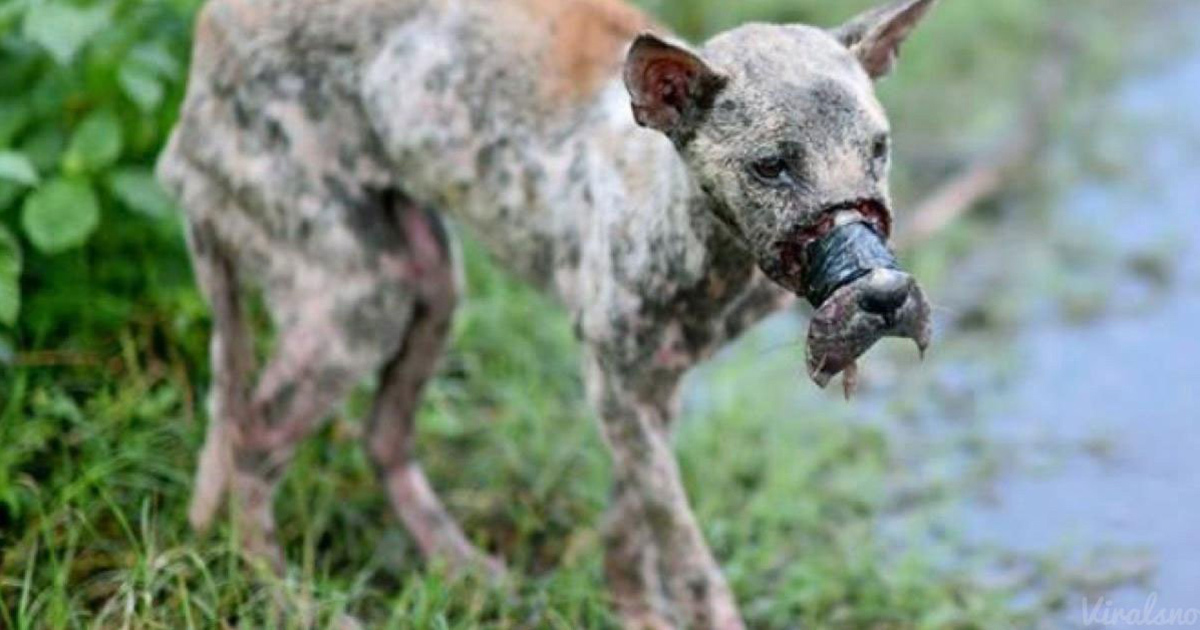 It always makes me furious when animals are exposed to violence.

But this story crosses a line that I didn’t think was possible.

When I heard about this dog, discovered by a couple of animal activists in Vietnam a couple of years ago, I was speechless.

They found a dog whose whose snout had been tightly wrapped with electrical tape. And they immediately suspected that she had been forced to live in that torturous condition for a long time.

The poor animal was as frightened as can be, and it was obvious that the poor thing was having the worst moment of her life.

The veterinarians had to be extremely careful while removing the tape. It had already penetrated deep into the poor dog’s skin.

The pain must have been unbearable. Again, who would do something like that?!

After they finally removed the tape, the veterinarians made a horrific but not unexpected discovery: the tape went through the dog’s fur and skin all the way down to her paws. But luckily, the procedure was successful.

This is so heartbreaking! But for the first time in a long time, the dog, who was now called Lucky, seemed pleased be able to eat. At the same time, the risk of her wound becoming infected was very high.

After several days, Lucky started to feel better. All the while, she had the kind people who rescued her by her side. Thus, she started her healing process.

Ten months ago, Lucky looked like this, and it seemed that she would make a full recovery. Thankfully!

At the same time, you could still see traces of the terrible damage to Lucky’s nose. But she was already much stronger and she even started playing with her caretakers. If they hadn’t found her, she would have starved to death. I can only hope that they find the monster who did this to Lucky before the person does something like this again!

After 537 days of rehabilitation at the Vietnam Veterinary Center, Lucky was adopted by a new, loving owner. Her new home is in Germany, where she moved at the beginning of the year, ARC Vietnam writes on its Facebook page.

How could anyone treat an animal like this?! What a monster! Please share this story to show sympathy for this poor animal—her life also has a value!