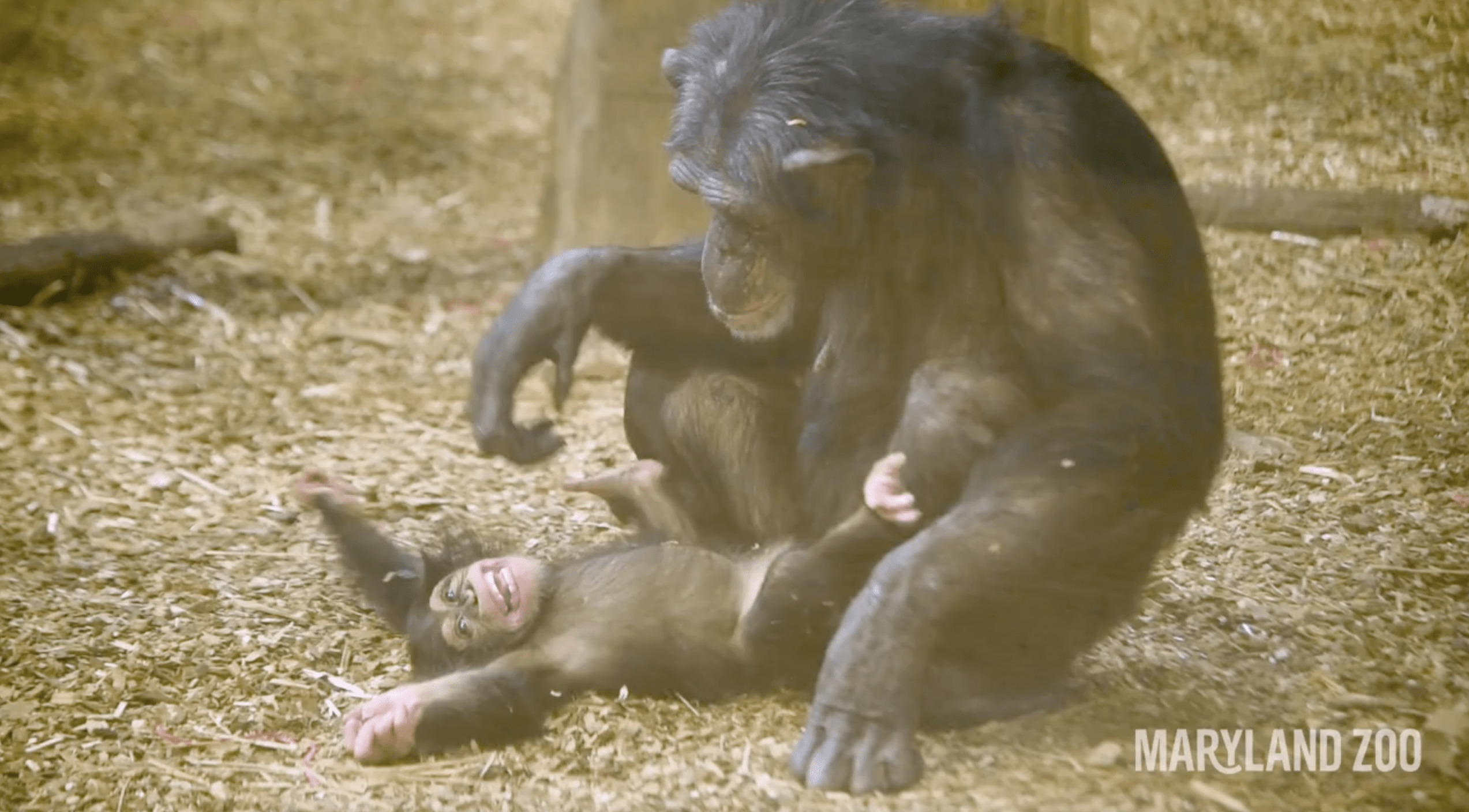 One thing most species in nature have in common is that the mother will care for their young. A mom’s care is essential for a newborn animal to survive and grow — they take care of them and impart important life skills.

But sometimes a young animal doesn’t have their own biological mother to take care of them, and instead rely on someone else stepping up to be their guardian.

A baby chimp named Maisie was born at the Oklahoma City Zoo in August, but her birth mother was “unable to care for her properly,” so she was instead brought to the Maryland Zoo, with the hope that the chimp could be placed in the care of one of their female chimpanzees.

“It’s very important for chimpanzees to be raised by their own species. As humans, we can’t give an infant chimp all it needs to develop into a well-functioning member of a group,” said Judy McAuliffe, curator of primates at Houston Zoo and Chimp SSP Program Leader in a press release.

“Maryland Zoo has had tremendous success introducing infants to foster mothers who can raise them as part of an integrated group, which is absolutely the best thing for the infant.”

Luckily, the plan was a success. The zoo’s chimpanzees have accepted Maisie as their own… and a mother chimp named Bunny seems to have especially taken to the new arrival.

“Bunny interacts with baby chimpanzee Maisie the most of the adult chimps,” the zoo wrote on Facebook. “She leads Maisie from place to place and seems to oversee which chimps socialize with her.”

Bunny already has her hands full as the mother of one-year-old Lola, but has clearly taken the young orphan under her wing. Video shows her lovingly playing with Maisie, along with the other young chimps.

This type of socialization is an important part of Maisie’s development.

“Playing with Lola and Violet, napping, and eating from a bottle provided by keepers through the habitat barrier continue to be Maisie’s main activities as her troop integration continues,” the zoo wrote.

“Each day is a little different and allows Maisie to learn more about being a chimp from her troopmates while the Chimp Care Team carefully monitors the dynamics in her mini social group.”

Watch Bunny playing with Maisie in this beautiful footage:

How precious. We’re so glad Bunny took Maisie under her wing and has been a much-needed mother to her.