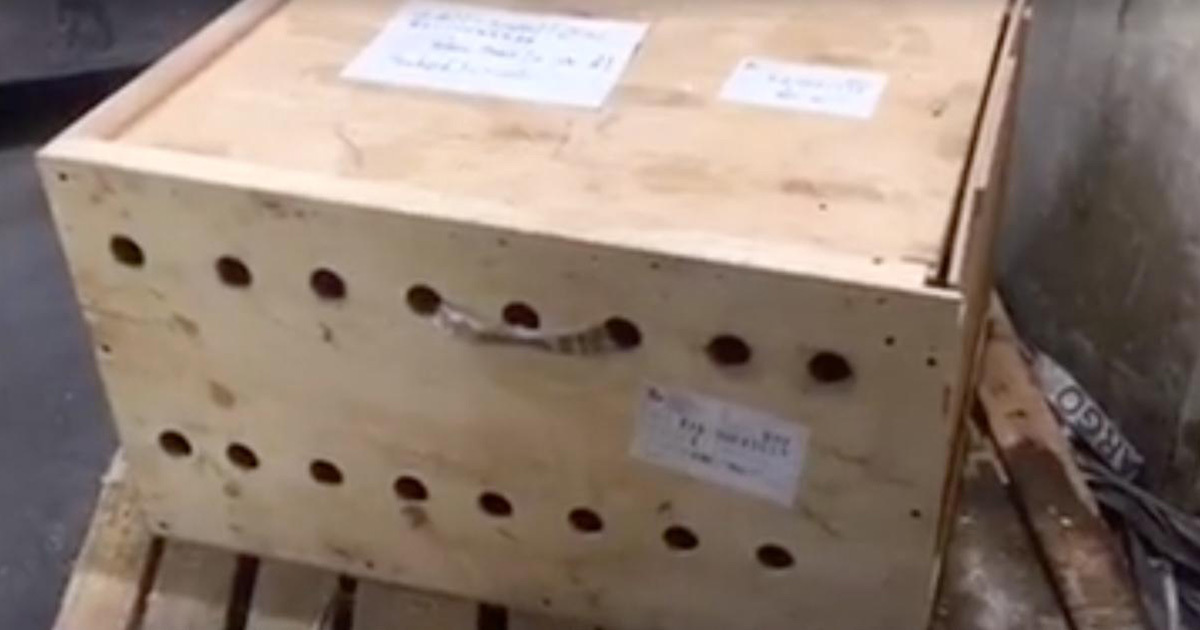 Airports are in a constant state of motion. Every day, countless pieces of luggage, commercial goods, and cargo pass through them on their way to destinations around the world—and it’s crucial that grounds crews keep an eye on suspicious packages and activities.

So when a mysterious box showed up at Beirut Rafic Hariri International Airport in Lebanon without any labels the staff noticed it right away.

It was labeled to be sent to Syria. But apart from an airline ticket number, the box was completely unmarked.

It lacked details of both the sender and the recipient, and there were no other documents available, so it quickly gained the attention of the airport staff in Lebanon.

For seven days, the mysterious box sat waiting at the airport. Finally, a judge granted permission for the box to be opened… but no one could’ve imagined what was in there.

The tiny wooden box contained three live Siberian tiger cubs—dehydrated, starving, infected by maggots, and covered in their own urine.

“Nothing indicated that the box contained tigers or even live animals,” the animal rights organization Animals Lebanon wrote on Facebook.

The three tiger cubs had taken a flight from Ukraine and were likely to be sold to a zoo in Syria.

After the horrible discovery, however, Animals Lebanon demanded that the animals be given over to them—and referring to the poor health of the tigers, a judge ordered the tigers to be released, writes The Telegraph.

Animals Lebanon immediately sent a veterinarian to investigate the tigers. The tigers hadn’t been vaccinated and only one of the cubs had been microchipped—despite the fact that by law that all needed chips in order to be transported.

With love and care, the tigers’ condition improved—but the situation was still risky.

Siberian tigers, which are listed by the IUCN as an endangered species, are highly sought after on the black market, and the zoo in Ukraine that sold the tigers demanded to get them back.

“Big cats can be worth tens of thousands of dollars on the black market. The owner is fighting to get them back, and we are fighting for the tigers and rule of law,” Animals Lebanon wrote on Facebook.

The beginning of May brought good news: authorities in Lebanon decided that the tigers wouldn’t be sent to their owners without remaining in custody at Animals Lebanon.

“Thank you for all of your help in making this possible. So many people went above and beyond to make sure the right thing is and the tigers stopped from entering the black market!” Animals Lebanon wrote on Facebook.

All that remains is the decision about whether to send the tigers to a sanctuary.

Watch this video to find out more about the tigers:

If it weren’t for Animals Lebanon, the tigers could’ve been sold on the black market and lost to a dark fate.

Please share this story to let others know about the incredible work animal rights organizations do—and to show why they need our continued support to help to save our beloved animals!