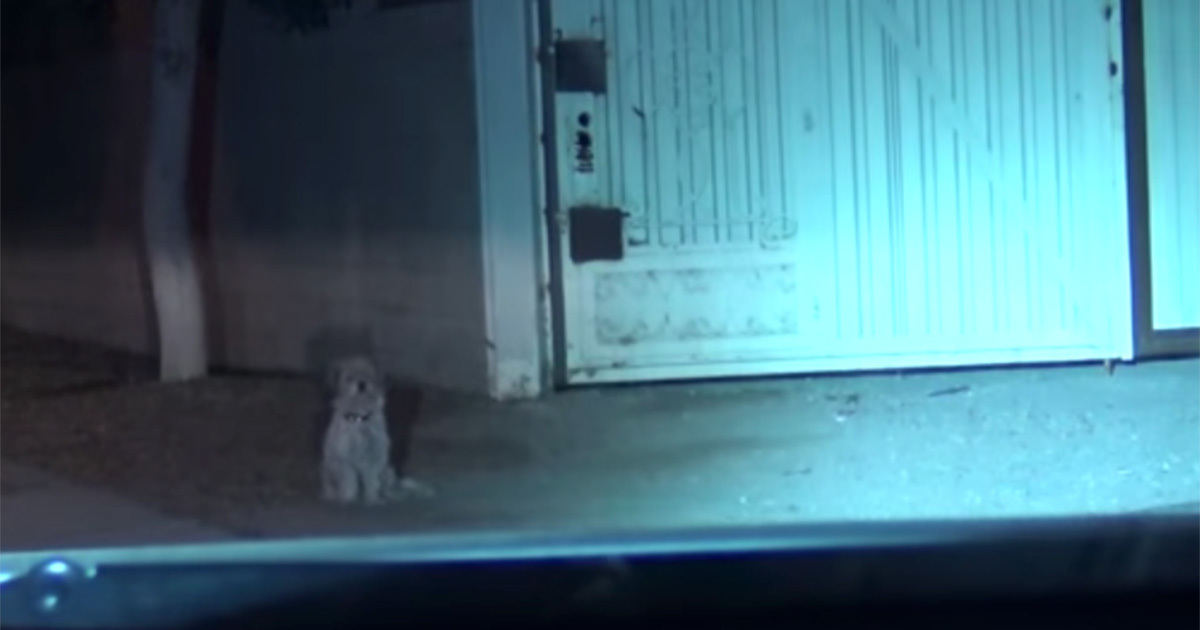 One of the worst things that anyone could do to a dog is leave them on the street without having any idea of how they’ll survive. But unfortunately, that was exactly what happened to a cute little dog who came to be named Pepe.

Pepe spent several weeks living on a busy street looking for his family. He didn’t understand that they had stopped caring about him and left him behind on purpose.

But luckily, some kindhearted locals saw him and called an organization that specializes in saving our furry friends!

I’m so glad that there are people out there who care so much about animals. They really deserve all the love!

Animal rescue organization Hope for Paws got word that a dog had been left all alone on a busy street.

According to person who called them, the dog had been there for several weeks. And it was clear that the sweet dog was there waiting for his family—who never came back for him.

Fortunately, two heroes from Hope for Paws went out of their way to seek out the lonely, scared pup.

When they finally found him, the dog was nervously walking around a dark alley.

At first, the dog was afraid of the two animal rescuers, so they set up a cage with some food in it.

Then, just as the dog entered the cage, a police car rolled up and he almost ran away. But when th police realized what was going on, they left left so Hope for Paws could concentrate on the rescue operation—and get the dog into the cage.

It’s easy to understand why the cute dog was afraid to be locked in the cage.

But fortunately, his rescuers were accustomed to this and used a clever ploy. They patted the cage, so the dog would understand that it wasn’t dangerous.

Soon, the dog, who was later named Pepe, realized that the two rescue workers didn’t want to hurt him but take him to an animal shelter.

Thanks to the two heroes, Pepe regained his confidence in humans, and as soon as he arrived at the animal shelter, he dared let someone pet him. And he enjoyed it!

Watch Pepe’s rescue and see him finally get the love he deserves here:

Please share Pepe’s story with all of the animal lovers in your life!