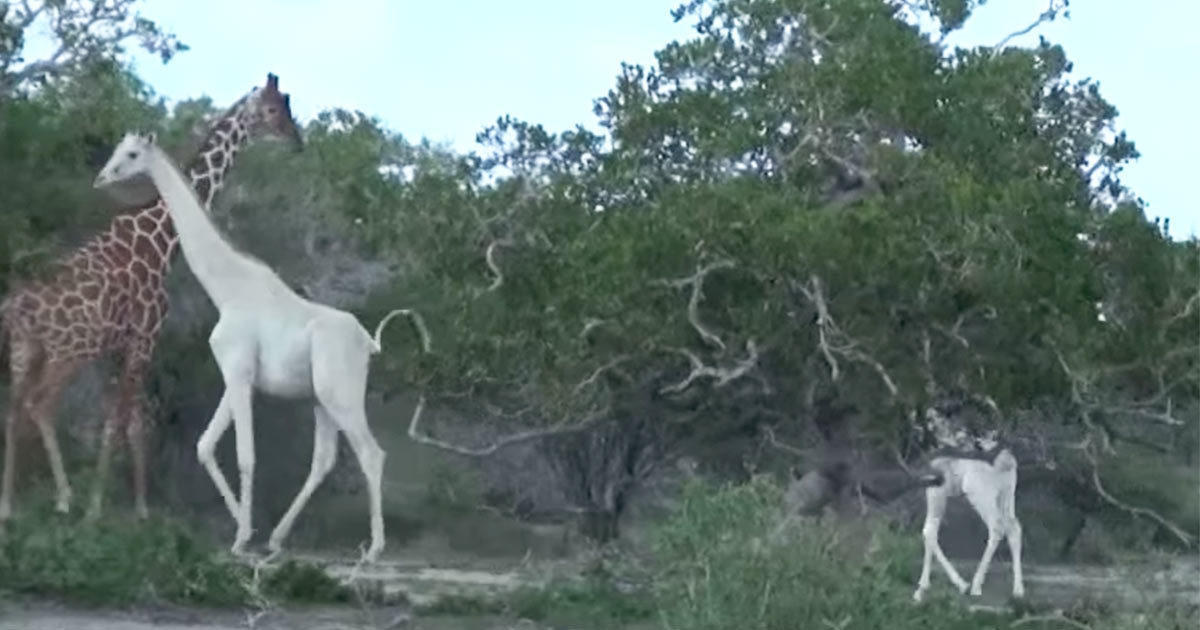 Here’s yet another surprising example — the white giraffe.

It’s finally been captured on film, and it’s one of the most beautiful things we’ve seen in a while.

For the longest time, there’s been a rumor going around that a white giraffe and her baby are living in Ishaqbini Hirola Park in Tanzania.

And after locals tipped off staff at the big national park, they were able to do something amazing — capture the giraffe on video.

The giraffe and her baby both suffer from leucism, a condition that causes partial loss of pigmentation, resulting in white, pale, or patchy skin.

The video of the giraffe and her baby is spreading all over the world — and people from all corners of the planet are now enchanted by the beautiful animals.

“While observing the magnificent long-necked animal looking at us, I could not help but see the fading reticulates on their skin,” a park ranger told Metro. “It was evident that the coloration, especially on the mother giraffe, was not as conspicuous as the baby.”

According to Metro, a white giraffe was seen for the first time in January 2016 in Tanzania. The last white giraffe to be seen was in March last year, that time in Kenya.

Whether there are more white giraffes is something we don’t know, but we can only say that they’re amazingly majestic. And let’s hope that they’re able to live in peace without coming into contact with predators or poachers.

Watch the white giraffe and her baby in the video below. Such incredibly beautiful animals!

Such incredibly beautiful animals! Please share so your friends and family can also see them!