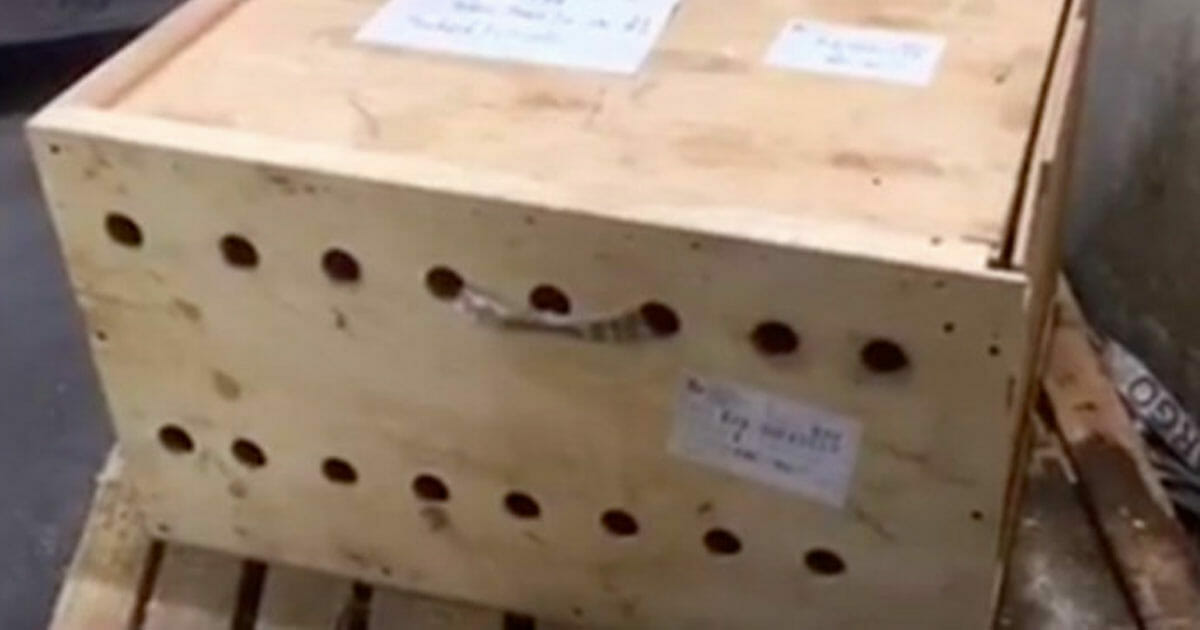 Have you ever been a victim of lost luggage at an airport?

Unfortunately, it’s not all that uncommon, especially not when you have to switch flights and there isn’t much time between transfers. Bags can be left behind or not make it to the new aircraft in time; it happens.

Luckily, most airports are quite good at locating lost baggage and can usually have you reunited with your belongings in a day or two.

For the precious cargo in this story, however, that didn’t happen…

Nobody knew what was inside the unmarked box that had arrived at Beirut airport in Lebanon. Neither the sender nor recipient was marked on the crate, which was riddled with sizeable holes.

When it was eventually opened, some seven days later, the staff were shocked to discover the contents.

Lying in their own stool, dehydrated and covered in maggots, were three endangered Siberian tiger cubs, according to British newspaper The Daily Telegraph.

They were being transported from a zoo in Ukraine to Syria, when a delayed aircraft meant that they got stuck in Beirut.

Nothing on the box indicated that there was anything alive inside, and so nobody thought to open it.

All three of the cubs were in terrible condition. They could barely stand up after having been without food or water for a whole week, and were riddled with maggots.

Animal protection group Animals Lebanon succeeded in appealing to a judge so that they could assume care of the tigers. All three were quickly sent away for veterinarian treatment.

It transpired that the mother of the cubs had delivered a litter of nine, all of whom had been sold to illegal buyers.

The tigers are now safe and sound, however, in a facility where they can get the attention and care they require.

Animals Lebanon also fought to gain guardianship of the cats, so that there would be no chance they could be sold on again.

After a four-month trial, they were successful, and the cubs were sent to France. There they can grow up in a sanctuary, away from all those who mean to make a profit on their sale.

You can see the tigers in action below:

Please, share this article with your friends on Facebook if you too think that all wildlife deserves the chance to grow up free and safe.