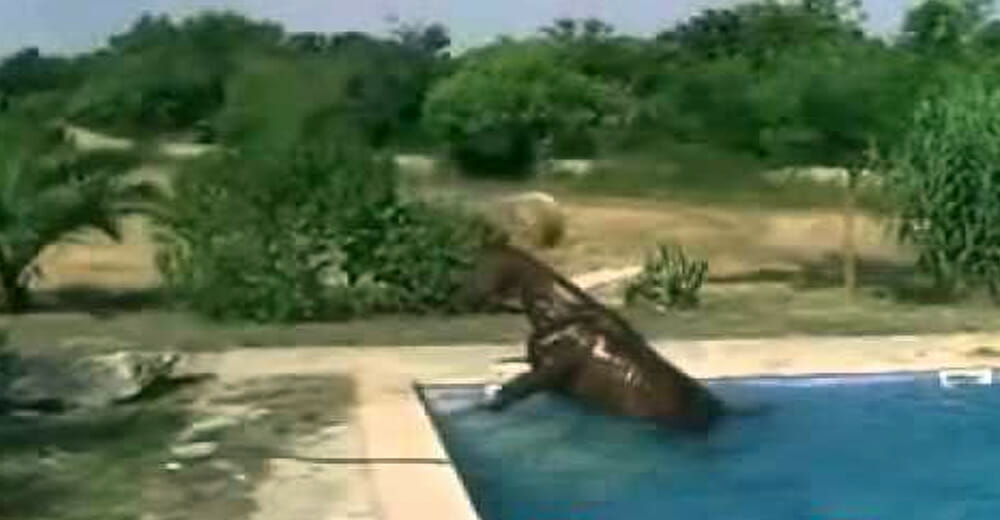 Daily routines – we all have them.

Whether it’s drinking a cup of coffee first thing in the morning, going to your gym directly after work, or maybe even just walking a certain way to somewhere on a daily basis. The point is, we’re creatures of habit.

In fact, the same can be said for almost every living thing on earth. Routines keep us in a cycle; they lend us a comforting familiarity.

When one man first noticed his horse’s afternoon ritual, however, he knew that people would want to see it …

Depending on where you live, the summer can be a gruelling time. Sure, we all love to sit in the sun from time to time, but prolonged exposure to heat and high temperature is no one’s idea of a good time. What’s more, animals – for the most part – aren’t too fond of it either.

As a result, most of them are forced to find ways of cooling off that doesn’t involve simply turning on a cold shower.

For one particular horse, there’s simply no better way to escape the searing heat of the day than by hopping into his owner’s swimming pool and doing laps.

I’m actually pretty impressed with how graciously the horse moves, to be honest. He swims from one end of the pool to the other, before getting out after a prompt from his owner.

From there, he simply strolls off into the field like it’s any other day … fantastic!

Watch the hilarious video below:

We know, right? A swimming horse who – unlike most children – doesn’t need telling twice when it comes to obeying instructions.

If this video put a smile on your face, share it with your family and friends on Facebook.