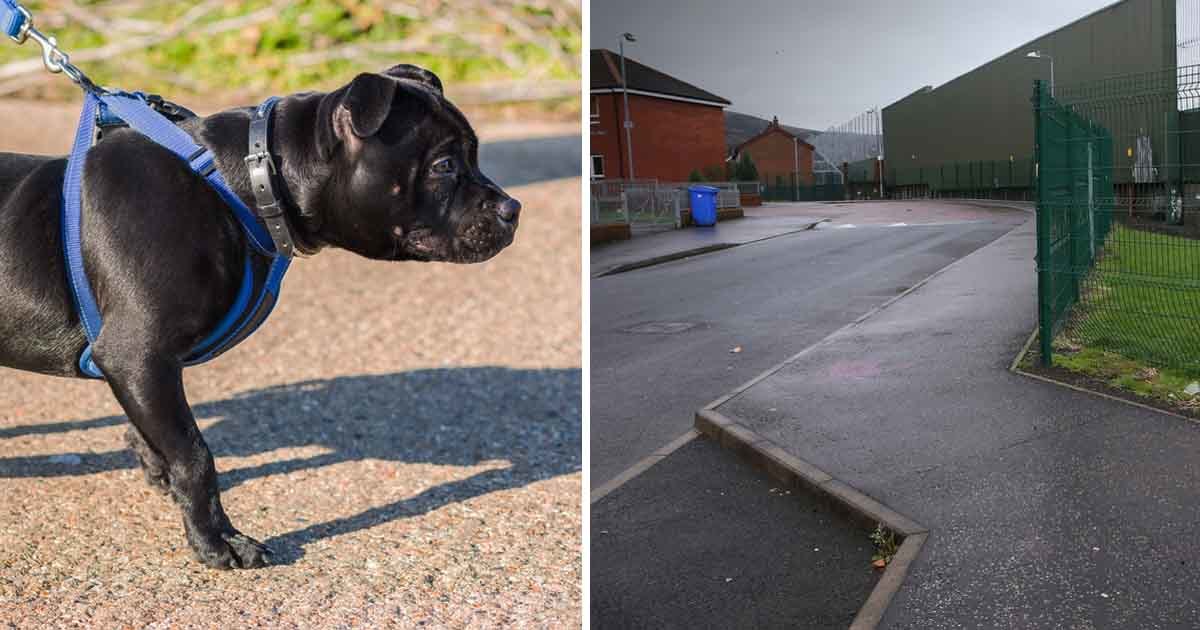 She was walking home Tuesday night when a man assaulted her. The man covered her mouth to prevent her screams and began to rip her clothes off, according to Belfast Live.

But Lola reacted instantly and attacked. She sunk her teeth into the man’s arm. He ran away, panicked.

Now, the internet is hailing Lola a true hero – and if you ask me, the title is well deserved!

It was in Co Antrim, Northern Ireland, when the mother of three was out walking family dog Lola, that the alleged would-be rapist attacked.

“I hadn’t seen or heard a thing, he came out of nowhere. He had his hand on my mouth and he pulled my head back by my hair with such force that I have lost patches of hair and have lumps on my head, the victim told Belfast Live. “I thought I was going to die but all I could think of was my three children.”

The man covered the mother’s mouth with his hand to muffle her screams – and began to tear off her pants. Then he noticed her dog and said: “Your dog can watch.”

“I had let go of the lead and all off a sudden Lola was growling and growling and then she sank her teeth in his arm. Lola had a really good grip of him in her jaw and he started to struggle to try and get her off,” the woman described.

“As he was trying to get Lola off his arm he had to let me go and as soon as he got free he ran off. I was in shock and I didn’t even think about taking a look at him or seeing where he had gone,” she added.

She immediately phoned her husband who rushed to the scene. The police were called and they are now looking for an assailant with a rather distinguishing feature: a fresh dog bite mark on one arm.

“I am so thankful I had Lola with me. She is a two-year-old Staffie and she is just so gentle normally. (…) I can’t even bare to think what would have happened if she hadn’t been with me.

“Her instinct to protect kicked in and if it wasn’t for her I have no doubt what would have happened, she is our hero.”

What an incredible, loyal pet! Share this story if you agree Lola is a real hero!