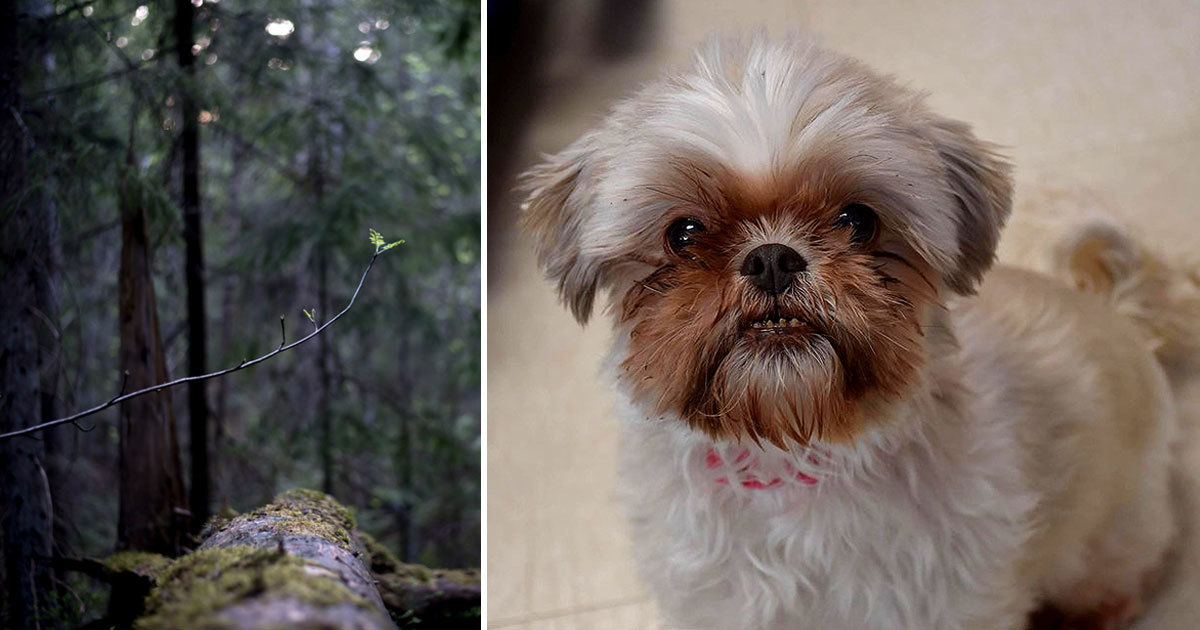 Police officer Chris Lynch was driving his patrol car in northern Michigan when something caught his attention.

He saw a car parked on a private road in the woods.

Officer Lynch slowed down to get a closer look. And next to the car, he saw a man with a little dog running by his side.

Officer Lynch sensed something wasn’t right. He followed his instinct and stopped his car. And that decision turned out to be a real life-saver.

When officer Lynch approached the car, he noticed the man slowly lowering a loaded rifle into a bag.

And when he got a little closer, officer Lynch saw another man nearby.

The man was digging a hole.

Officer Lynch asked the men what they were doing.

“We’re burying our dog,” was the answer.

Officer Lynch looked into the hole and saw that it was empty.

According to the police report, one of the men said that they were going to shoot the dog because she was old.

Officer Lynch then explained that the men were on private land, and that the owner probably didn’t want a dead dog there.

But he didn’t stop there. Officer Lynch also told the men that he was going to seize the loaded rifle…

Unless they handed over the dog.

The staff there were shocked to hear about what almost happened to the dog, whose name is Toosie.

They examined Toosie and reached out to their followers on Facebook to find her a new home.

And only a day later, they announced that Toosie had found a new home!

Officer Lynch deserves to be recognized for his efforts! What if he had arrived just minutes later? Share this article to pay tribute to this good man!