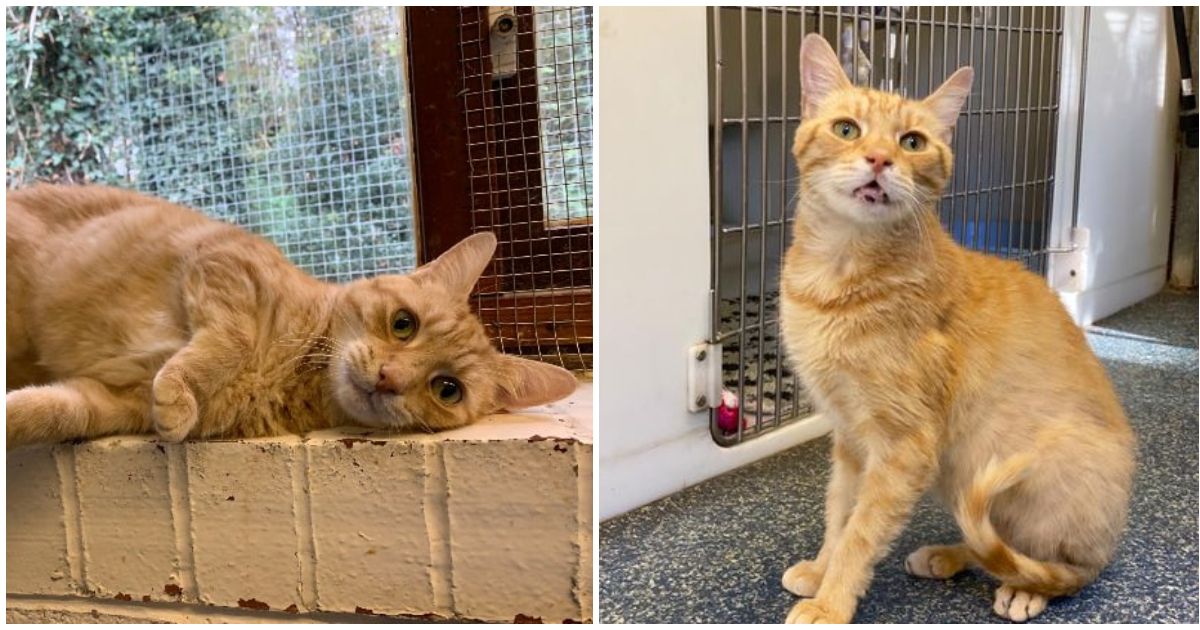 We believe that there’s a perfect home for every shelter dog and cat out there — sometimes it just takes a few tries to find the right one.

One cat has been waiting to find a family to love him forever, but every time he gets his hopes up thinks he’s going to his “forever home,” he just ends up back at the shelter.

But now, his shelter is hoping that “third time’s the charm,” and that his next adoption will be the one that sticks.

Oscar is a 10-year-old ginger cat in the care of the RSPCA Burton upon Trent & District Branch. When no one was interested in adopting him, he became known as “Oscar the unwanted cat.”

Oscar is a favorite of the shelter workers, who describe him as gorgeous and always happy to see them.

But they acknowledge that the senior cat’s temperament might be too much of a challenge for most potential adopters, and just hoped someone would be willing to open their heart to Oscar.

“He isn’t afraid to use his claws when he doesn’t want to be touched or picked up,” the RSPCA wrote on Facebook. “He isn’t for everybody, but he just needs that one person who has space in their home and heart for a very deserving kitty.”

Oscar’s sad story went viral, and soon one family decided to adopt Oscar. Sadly, it didn’t turn out the happy ending it seemed to be.

Oscar’s occasional “feisty” behavior proved too much for his new owner, who “reluctantly” returned him to the shelter after the cat’s claws came out, according to Staffordshire Live.

It was the third time this “unwanted” cat was surrendered back to the RSPCA.

But despite all the setbacks, the RSPCA committed once again to finding Oscar a home — for real this time. While Oscar’s outbursts might make people turn away, the shelter knows there is so much good in him.

“Oscar is not a grumpy guy through and through and 98 per cent of the time he is a chatty and good natured boy who is happy to potter about doing his own thing and pop back over for a quick meow and a head bump to remind you he’s still around,” the RSPCA wrote.

Still, they’ve been working on his “grumpiness” and have been seeing some improvements to his temper.

“Oscar’s happy personality is flourishing and his grumpy days are becoming more of a rarity!” the RSPCA wrote, sharing a video of the cat. “He still has a way to go and might always be a bit of a grump, but recently his good days are far outweighing his bad!”

While he’s getting better, the shelter has made it clear Oscar will still need a certain kind of home with patient owners. He is looking for a home with no other pets or kids, and an “owner who is happy to let him do his thing and won’t try to mould him into the perfect cuddly lapcat.”

“Please only apply for Oscar if you are up for a challenge as we really do not want to see his next home failing again,” they wrote.

If you are nearby and interested in adopting Oscar, you can apply to adopt online!

We know there’s a perfect family out there for this old cat. Let’s help spread the word, share this story!