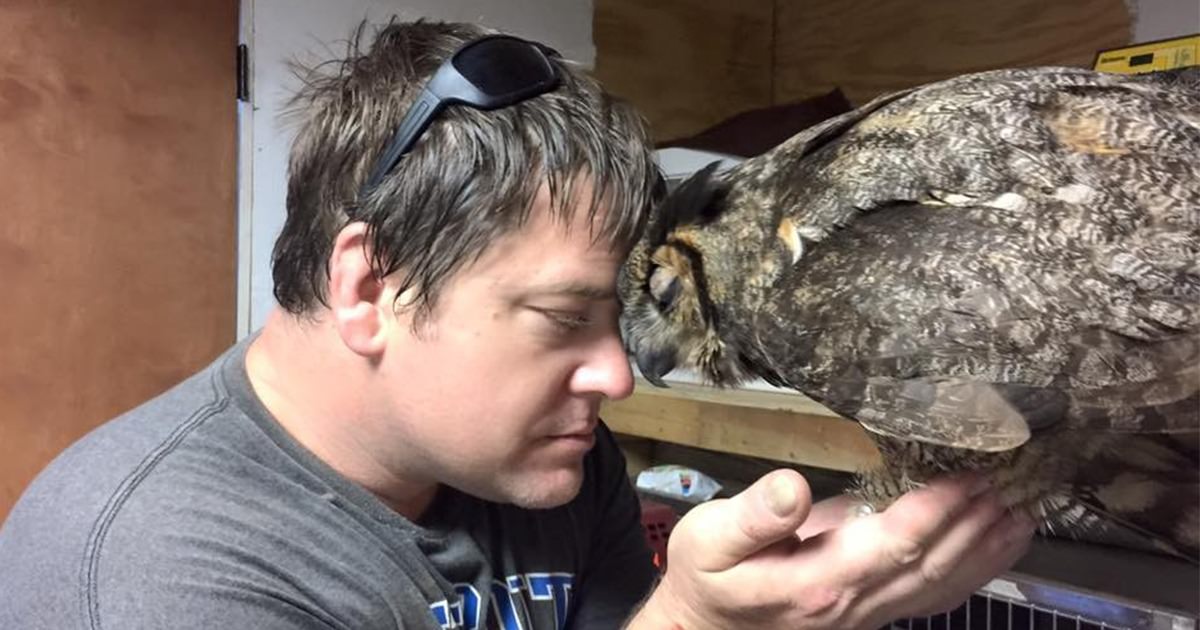 When Gigi was found, she was in bad shape. The owl suffered head trauma when she was hit by a car, and her body slowly filled with parasites and disease as she lay by the side of the road waiting day after day for help. But Gigi would soon find love the love she needed to heal, and her appreciation of her caretaker really melted my heart…

When she was finally found, Gigi was brought to animal clinic Wild at Heart Rescue in Mississippi.

For a long time, it looked like Gigi wouldn’t make it. But the owl fought back and slowly but surely regained her strength.

Much of the credit goes to the clinic’s Douglas Pojeky, who took Gigi under his wing, so to speak. He hand fed the owl all of her meals and made sure her health improved and she gained weight.

And it seems that Gigi really appreciate the help she received.

At one point, Douglas went away on a trip, and when he returned, Gigi made it known that he was not forgotten.

The owl put her head on Douglas’ shoulder, cautiously snuggled up to his chest, and spread her wings around him, reports The Dodo.

A thank you for saving her life?

Gigi will be released into the wild as soon as she’s completely healthy.

Please share this story if you were also happy to see this lovable owl find her strength again!