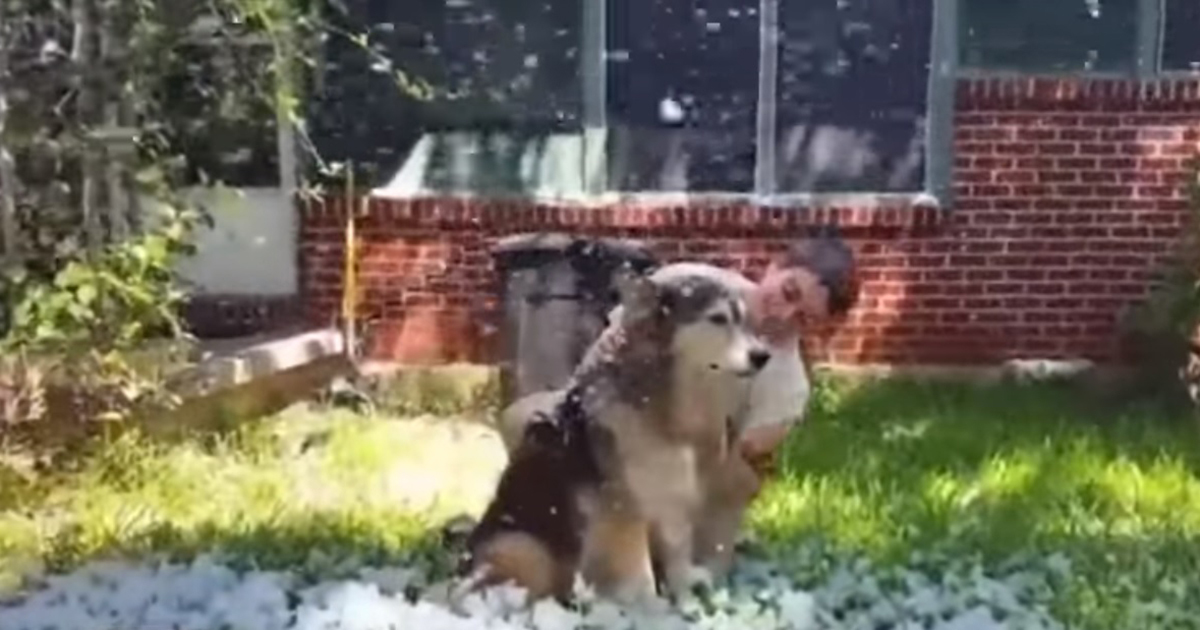 When Ashley Niels adopted her dog, Spunky, while she was at college in Wisconsin, she wasn’t sure how the loveable canine would fare in the long winters and mountains of snow.

But to Ashley’s surprise, Spunky completely fell in love with it.

He would spend hours running around in the tundras, playing and even eating the snow.

And when Ashley decided to move to the pair to Austin, Texas, she promised her pet that he would get to play in the snow again one day.

The duo spent four winters in Wisconsin, and they were Spunky’s favourite time of the year. But the move to Texas meant the chances of him getting to play in the snow went down to pretty much zero – but Ashley promised him he would get to run around in the drifts again, one more time.

But then, 12-year-old Spunky was diagnosed with cancer. Vets told Ashley it was in Spunky’s best interests to have him put down.

There was something Ashley needed to do first, however.

Ashley couldn’t let Spunky go until she made good on her promise, so she was determined for him to have one last fun day in the snow – the only problem was the warm Texas weather.

When her co-workers at the Austin Animal Center heard about her promise, they decided they would help out. So they all pitched in together and rented a snow machine so that Spunky’s final wish could be granted.

And when the machine arrived, Spunky got to enjoy his favourite activity, one final time.