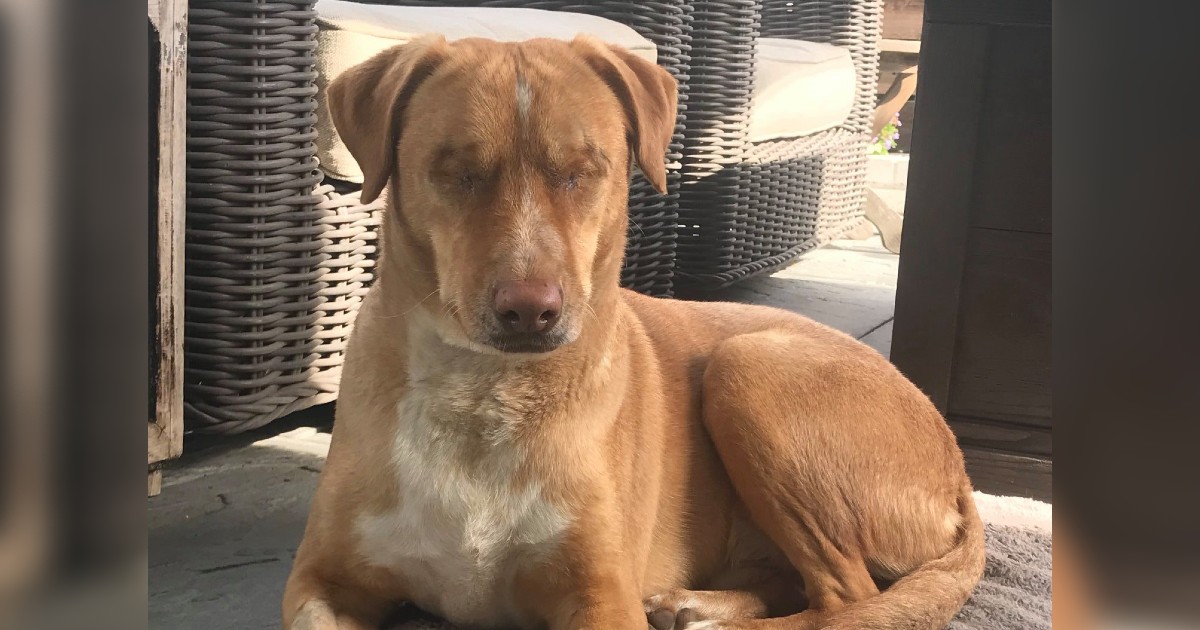 A 3-three-year-old Lab/Shepherd mix named Louis is in search of a new family, one that will give him all the love and care that he needs.

His previous owners suddenly found themselves with a newly blind dog, and they were unwilling to make the necessary changes in their life to accommodate Louis.

According to Helen Woodward of Helen Woodward Animal Center in Rancho Santa Fe, California, Louis developed eye infection. Rather than treat the infection, his owners ignored it and when it got to a point where it could no longer be ignored, they removed his eyes.

Soon after the poor pup, who was newly blind and in a home with owners who reportedly did not adapt to their dog’s needs, was hit by a car.

He was surrendered at a shelter in December where he, thankfully, received surgery to fix his leg.

To give him a better chance at finding a forever home, Louis was brought to the Helen Woodward Animal Center. At first her was “shy and exhausted,” but after just one day his tail started to wag.

Now that Louis has been living at a foster home for several weeks and has had time to recover and adjust to a life without sight, he’s ready to find his forever home.

Louis will be available for adoption beginning January 13.

According to his current foster parent, “Louis needs a mellow home, one story, someone who is home all the time with another sweet dog. He told me to let you know!”

“When people get their pets for free off of Craigslist, they don’t seem to realize that pets come with responsibilities and a monthly expense for their caretaking, including medical care.  In turn, these pets will provide their owners with unparalleled love.  They pay it back tenfold.  It’s just devastating to see an animal treated the way Louis was treated,” Helen Woodward Animal Center Adoptions Director Hella Tyler said in a statement.

It is absolutely heartbreaking to hear how Louis was treated. I can only hope that Louis will find a loving forever home.