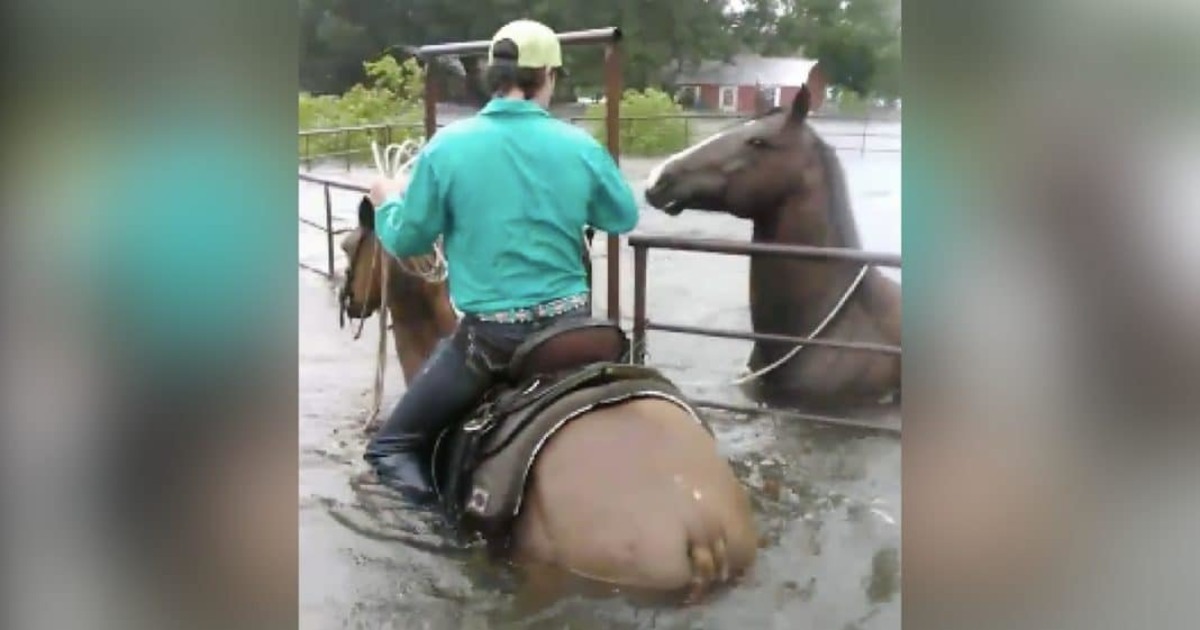 As almost everybody knows by now, most of Southern Texas has been badly affected by Hurricanes Harvey.

Hundreds of thousands have had to leave their homes because of the natural disaster, over 300,000 households have been left without electricity and 11 people have been confirmed dead, according to CNN.

But in the midst of the chaos and devastation, there have been many stories of unexpected heroes and unlikely rescue operations.

Neighbors and strangers have put their own safety and security at stake — just to help those who are in danger of losing their life.

Two such heroes are father and son Rowdy and Chance Ward.

These Texan cowboys have showed the world what genuine heroes look like and have given a new meaning to “southern hospitality.”

The pair has been riding around their neighborhood for the last few days trying to save as many people, horses and cattle as they can.

Chance has posted some very moving videos on Facebook, including the rescue missions you can watch below.

The cowboys have headed out early each morning on their horses on a mission to save some helpless animals that are trapped in pastures — all while the water continued to rise steadily.

In the video below, father Rowdy is trying to save a stallion stuck in rising waters. While trying to keep his own horse calm, Rowdy uses all his power to open the pasture fence and he manages to release the poor horse that had been stuck in the deep muddy water.

All animals were saved

“This is what we do,” you can hear Chance say in the video. “We help livestock. We try to help people.”

According to Chance, all the animals were able to be saved that day.

The cowboys are now getting praise from grateful animal lovers all over the world.

“Love seeing this kind of kindness,” one person commented on Facebook. “You two are amazing men, and you sir, have raised an incredible son. Thank you, guys, for being you.”

One person who witnessed the father and son’s efforts firsthand is Stacy Reik, who has also commented on Facebook.

“He has been helping us all down her with livestock and people rescues, it’s an honor to call him a neighbor!”

We’re truly grateful for heroic people like Chance and Rowdy! Not only are they saving people in need — they are also doing everything in their power so that animals and cattle are not lost in the storm, either.

Are you also grateful for Chance and Rowdy’s heroic and selfless efforts? Please share this!