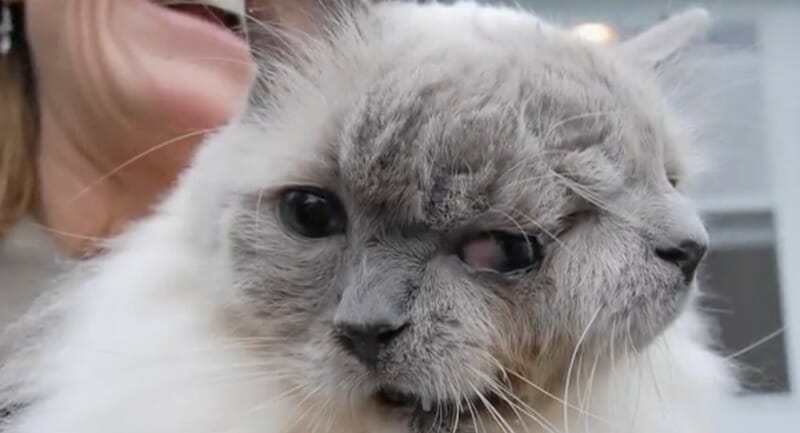 Take one glance at this cat and you’ll probably think he’s your average feline.

Except he’s not. I mean, he likes to be fussed and he’s probably hunted a mouse or two in his day, but when it comes to ‘normal’ cats, he’s pretty far from what you’d expect.

Why? Well, incredibly, this cat has two entirely different faces. They’re reportedly both connected, with the owner naming the cat Frank and Louie.

He’s been called “weird and ugly” before, but we think he’s a rather special guy(s) …

Known as a “Janus” cat – in reference to the Roman god who had two faces – Frank and Louie is the longest lived cat of his kind at 12-years-old.

According to his owner, Frank and Louie was brought into a veterinary school that she used to work at in order to be euthanized. He was just a day old at the time.

However, rather than allow him to be put to sleep, his owner said that instead she would take him.

“He was just so unique,” she said, “had he been just a normal kitten I probably would have taken him also, if nobody else did.”

Apparently, it’s Frank who does the eating for the pair, with Louie just ‘going along’ with things.

Interestingly, it’s the two outside eyes that see for Frank and Louie, with his owner stating her belief that he sees the world from a similar vantage point to that of a horse.

For the full story on this incredible feline, watch the video below:

We think Frank and Louie is just adorable! What a unique creature.