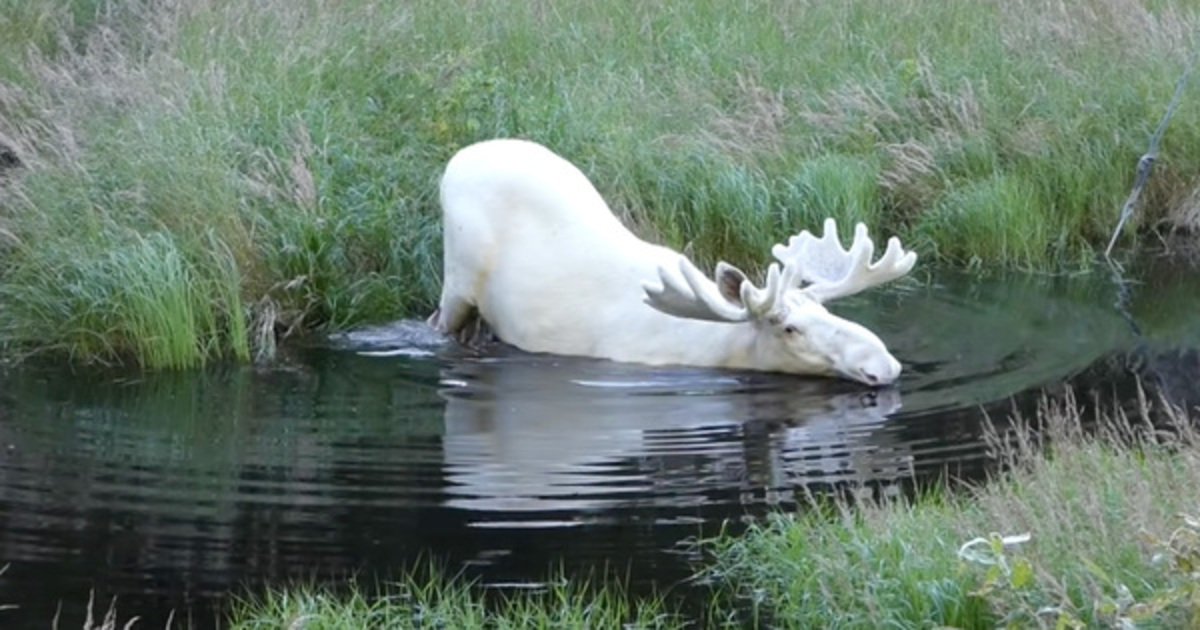 Hans Nilsson, 57, had long dreamed of capturing a white moose on film.

Then on Friday, his dream came true.

“I’ve been on safari in Africa, but this proves that you don’t have to travel far to see something exotic in nature,” he told Swedish newspaper NWT.

Hans Nilsson from Sweden knew that a white moose lives in his town. Hans is a nature lover and has long hoped to see this majestic creature. Then on Thursday, he finally got his chance.

The moose suddenly appeared on the road and Hans and several other motorists stopped to look at him. But it was difficult to get a good picture, Hans told NWT.

Hans didn’t give up, though. The next day, he went out with his camera to try and film him again.

Suddenly, the white moose appeared just a few meters from him.

“It was a great experience. The moose ate for about 20 minutes before it went down to a small river and swam across it. That’s when I started filming,” he told NWT.

Hans posted the video on Facebook, where it went viral.

Hans told the Swedish newspaper Expressen about the experience of seeing the moose.

“I thought he’d eventually go on the road, so I checked how far I had to drive. You don’t know how a wild animal will act. But when he finished eating, he went into the water again. Then, he went up on the other side and walked into the woods again,” Hans told Expressen.

Hans talked to someone in the area who knows more about the moose and found out that the moose is around eight years old and there’s a story behind him.

“His mother was also white and had him when she was around 17 years old. She died when he was aabout a year old. That winter, the white moose was supported by a local farmer,” Hans told Expressen.

Are you also fascinated by this majestic creature? Please share this clip so that more people can see it!