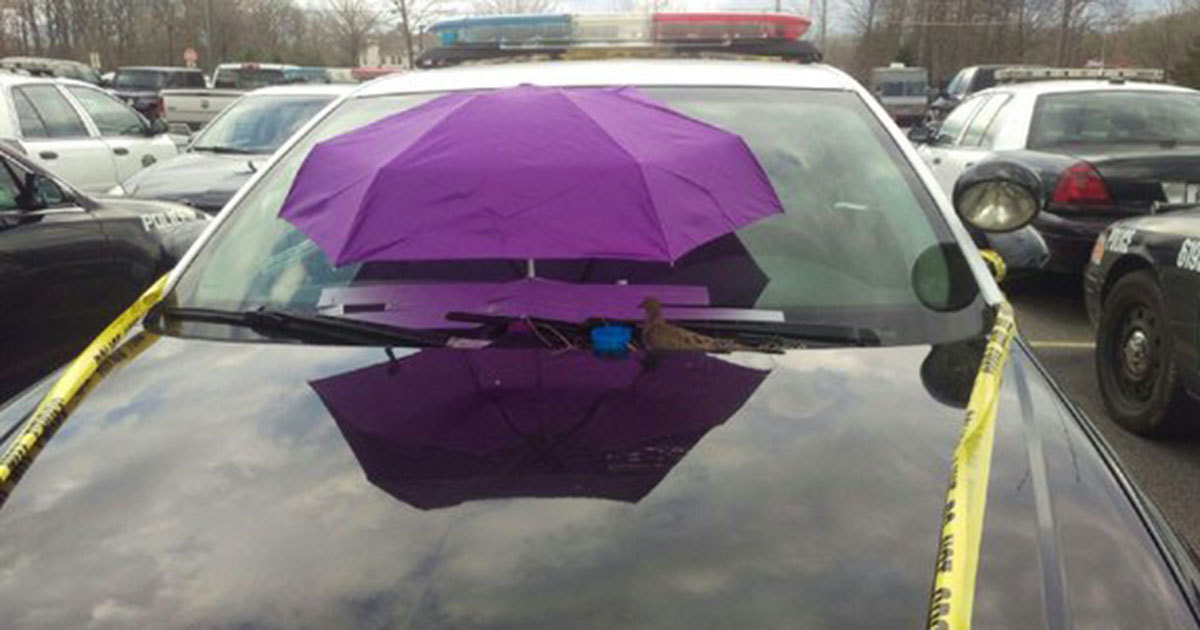 When officers from Ohio’s Parma Police Department inspected a spare squad car that had been left unused for a while, they discovered that a dove had built a nest in the space between the windshield and the hood.

Now, you might expect the police officers to scare away the bird and throw away her nest. But no these officers. They chose instead to make the nest even more comfortable for the little momma bird.

Now, their act of kindness is being praised all over social media.

During the spring, police officers in Parma discovered that a little dove had built a nest on one of their squad cars. They didn’t have the heart to move the momma bird and her eggs off of their car. And since her nest was exposed to the elements, officers set up an umbrella on the car’s windshield. But that’s not all they did. The Parma police also set a bowl of water next to the nest so the momma bird wouldn’t have to leave her eggs when she was thirsty.

This Dove getting Parma police protection after laying her 2 eggs in a cruiser last wk. @cleveland19news pic.twitter.com/XOKqVtNdtA

The police even dug up worms for the bird to eat so she wouldn’t have to spend precious time looking for food, and to top it off, they cordoned off the area around the car with police tape.

Parma PD protecting momma dove & nest she made in the hood of a police car! Awwww!! @wkyc pic.twitter.com/UZu13N7nHb

A spokesperson from the police in Parma told Fox 8 that efforts to help the bird weren’t part of regular police work, but something that the officers chose to do themselves.

“Our officers are human beings just like anyone else. We care for all lives, human and animal,” she said, while also noting that the officers named the bird Gerty.

Now, that’s what I call good police work! I hope the dove’s chicks grow up and to be big and strong quickly so that these police officers can get back their squad car soon.

Were you also happy to read this? Please share this sweet story with the animal lovers in your life!