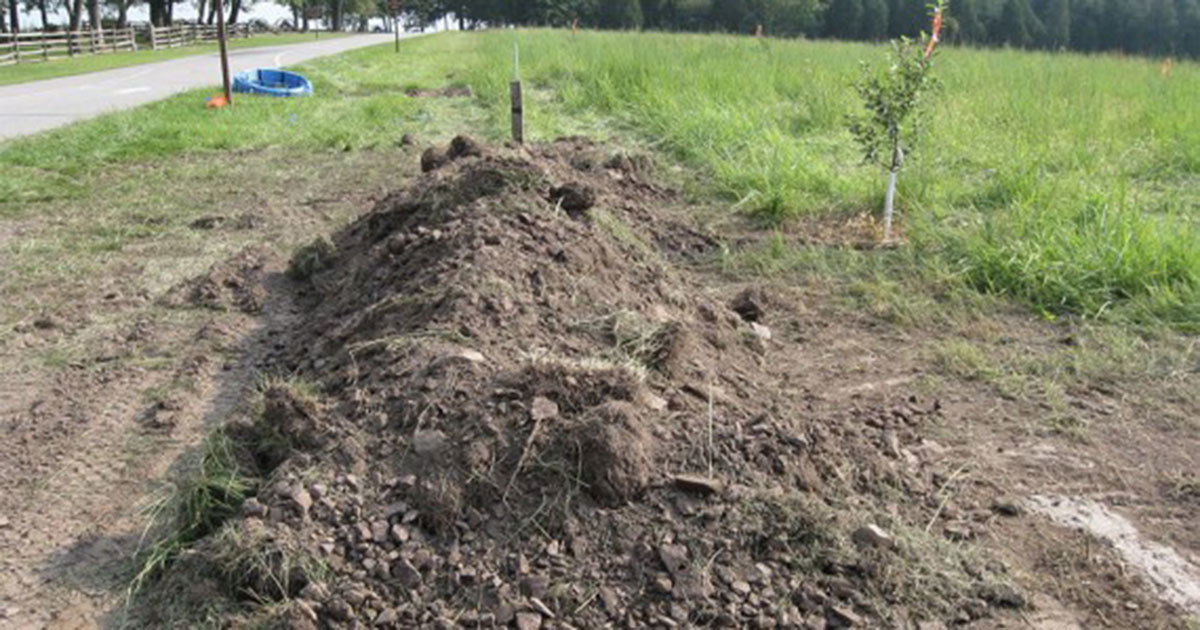 Every time someone mistreats an animal, it’s a tragedy—no matter where in the world it happens.

This story hit me hard, maybe because I’m a dog owner and I never thought that even the cruelest person would stoop to something so vile.

As for the puppy’s owner, I’m at a loss for words. But fortunately, the world is full of people who refuse to stand by and watch when dogs or other animals are abused.

In this case, a few police officers reacted immediately after they heard strange sounds that turned out to be a puppy fighting for his life.

Police officers in Williston, Florida were out taking care of another matter when they heard whimpering sounds coming from a dirt pile, writes Life With Dogs.

Curious, the officers rushed to the source of the cries and soon dug out a tiny puppy.

Fortunately, the puppy managed to create an air pocket underground, even though he had probably been buried alive by his owner.

Williston police chief Dennis Strow said, “It did not appear to me that the dog was very long in the hole, less than an hour would be my guess.”

The puppy was so young that he hadn’t even opened his eyes yet. According to the veterinarian who examined him, the puppy was seven days old.

Levy Animal Clinic immediately took care of the puppy, whom they named Tucker. An employee at the clinic also decided to adopt him.

The police weren’t about to let someone off the hook for burying Tucker alive.

“Somebody knows who did this. I guarantee we’re going to follow this one and prosecute whoever did this to the fullest extent of the law,” police chief Dennis Strow said.

It’s unclear whether the police ever caught the person who did this, but I choose to focus on the positive in this story.

Because it’s also the story of police officers, veterinarians, and a kind-hearted staff member coming together to help a little puppy when he needed it most!

Please share this article if you were also happy and relieved that this story ended well.

Together we can show that no animal is too small to deserve love and respect!